India and Myanmar may consider trading in their currencies: Garodia

He suggested that the exchange rate could be decided by looking at the trade flows between the two sides and using another freely convertible currency as the reference currency for conversion. 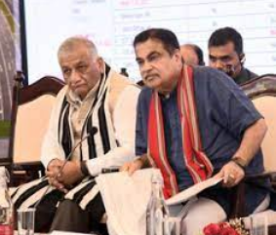 Kolkata: The time has now come for India and Myanmar to examine the possibility of trading in their currencies considering the need for an alternative payment settlement mechanism with the Southeast Asian nation, according to EEPC India chairman Arun Kumar Garodia.

The EEPC India chairman advocates for the new alternative payment settlement mechanism while addressing an interactive session with the Union Minister of Commerce of Myanmar and a high-profile Ministerial delegation here on Thursday.

He suggested that the exchange rate could be decided by looking at the trade flows between the two sides and using another freely convertible currency as the reference currency for conversion.

“The respective central banks of the two countries may publish the daily Exchange Rates as the official exchange rates and the Banks may quote this rate with a small margin, as is being done concerning other freely convertible currencies. In addition, there could be designated banks on both sides to handle such transactions and these banks to allow all traders to operate through their banks and not just their respective account holders,” he added at the session hosted by EEPC India in Kolkata.

H.E. U. Aung Naing Oo, the visiting Minister of Commerce of Myanmar was accompanied by a team of delegates and Myanmar Ambassador to India.

H.E Moe Kyaw Aung addressed the theme ‘India Myanmar Bilateral Exchange’. They appreciated the efforts of EEPC India in enhancing the engineering trade between the two nations of the ASEAN region.

Total merchandise trade between India and Myanmar reached USD 1.9 billion in 2021-22 due to rising imports from Myanmar. India’s exports to Myanmar however witnessed a decline in both merchandise as well as engineering exports in the last few years.

Investment relations between India and Myanmar are deep-rooted. Myanmar has an Indian investment of over USD 1.2 billion, which is higher than those of any South Asian nation.