India and China last week announced that their armies had begun to disengage from PP15 in Gogra-Hot Springs. 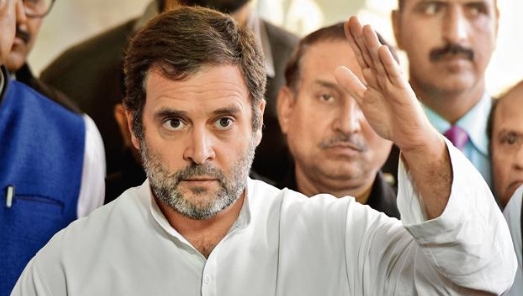 New Delhi: Congress leader Rahul Gandhi on Wednesday attacked the government for not getting the status quo of April 2020 at the Line of Actual Control (LAC) restored with China.

It comes a day after India and China confirmed the withdrawal of troops from Patrolling Point (PP) 15 in the Gogra-Hot Springs area of Eastern Ladakh.

In a tweet on Wednesday morning, the Congress leader said, “China has refused to accept India’s demand of restoring the status quo of April 2020.”

“PM has given 1000 Sq Kms of territory to China without a fight.

“Can GOI explain how this territory will be retrieved?” the Congress leader said.

According to government sources, India and China Tuesday carried out verification to confirm the withdrawal of troops from Patrolling Point (PP) 15 in the Gogra-Hot Springs area of Eastern Ladakh, marking the completion of the disengagement.

India and China last week announced that their armies had begun to disengage from PP15 in Gogra-Hot Springs.

Sources said both India and China moved back their frontline troops to the rear from the face-off site of PP15 and dismantled temporary infrastructure there as part of a five-day disengagement process. A temporary buffer zone has also been created.

The External Affairs Ministry has said that the two countries will take up the remaining issues along the LAC after the disengagement at PP15.

The standoff between India and China in Ladakh began in May 2020 when Chinese troops tried to unilaterally alter the LAC in the Eastern Ladakh sector, where the border is not clearly demarcated.

The Chinese action led to eyeball-to-eyeball situations, especially in Depsang, Pangong Lake, Gogra Hills, and Hot Springs areas, as India mobilized troops to match the Chinese military buildup to thwart the designs of the adversary.

The subsequent rounds of talks resulted in disengagement in Pangong Lake and Gogra areas. The friction points at Demchok and Depsang remain.