India abstains in vote to suspend Russia from UNHRC

Giving India's reasons, India's Permanent Representative to the UN, TS Tirumurti, said that since the beginning of the Ukraine conflict India has stood for peace, dialogue and diplomacy. 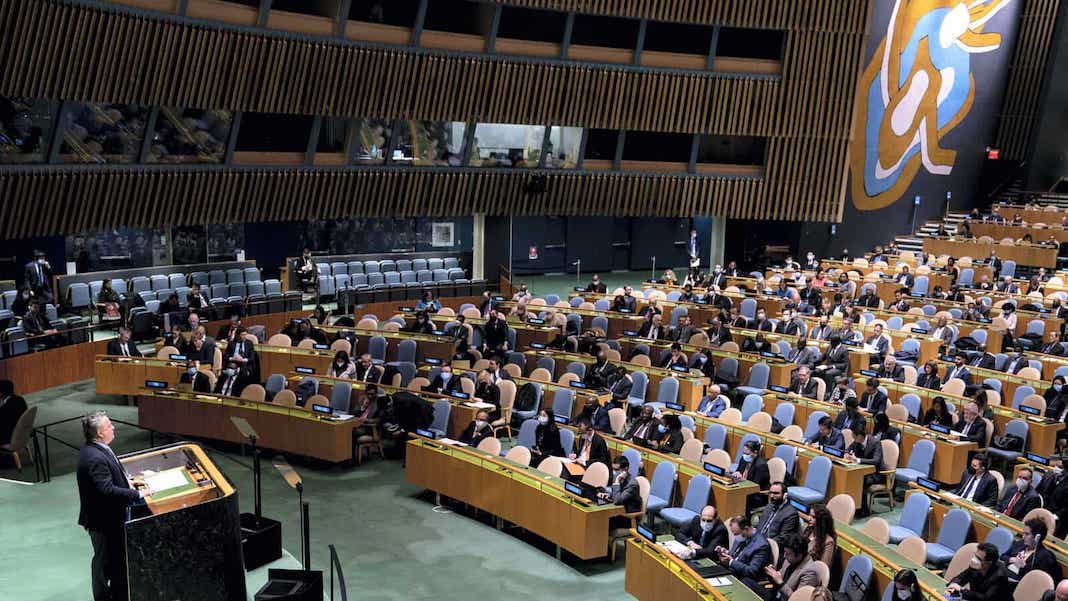 United Nations/New Delhi: India on Thursday abstained in the UN General Assembly vote to suspend Russia from the UN Human Rights Council, even as it reiterated its condemnation of the killings in Ukraine’s Bucha and backed the call for an independent probe.

Twenty-four countries voted against the resolution – among them were China, Belarus, Algeria, Ethiopia and Kazakhstan. Giving India’s reasons, India’s Permanent Representative to the UN, TS Tirumurti, said that since the beginning of the Ukraine conflict India has stood for peace, dialogue and diplomacy.

“We believe that no solution can be arrived at by shedding blood and at the cost of innocent lives. If India has chosen any side, it is the side of peace and it is for an immediate end to violence.”

He voiced deep concern at the worsening situation in Ukraine and reiterated India’s call for an end to all hostilities.

“When innocent human lives are at stake, diplomacy must prevail as the only viable option,” he said. “Recent reports of civilian killings in Bucha are deeply disturbing. We have unequivocally condemned these killings and support the call for an independent investigation,” he said, reiterating India’s call made at the UNSC two days ago.

He said the impact of the Ukraine crisis has been felt beyond the region with increasing food and energy costs, especially for many developing countries. “It is in our collective interest to work constructively, both inside the United Nations and outside, towards seeking an early resolution to the conflict.”

“India has been at the forefront of protecting human rights, right from the drafting of the Universal Declaration of Human Rights. We firmly believe that all decisions should be taken fully respecting due process, as all our democratic polity and structures enjoin us to do. This applies to international organisations as well, particularly the United Nations,” Tirumurti said.