Imran to lead rally from Pindi to Islamabad

Petrol by Rs99 and diesel by Rs133 per liter respectively instead of buying “cheaper oil from Russia”. 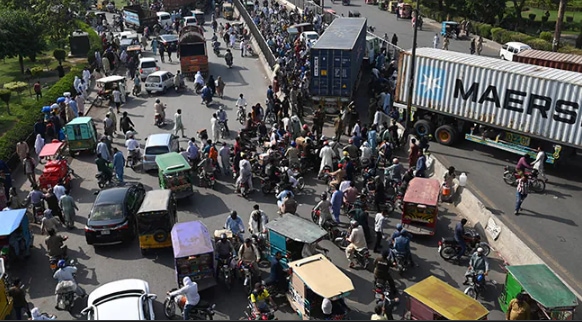 Islamabad: Pakistan’s former prime minister Imran Khan will lead a rally from Rawalpindi to the Parade Ground in the federal capital, where he and his party the Pakistan Tehreek-i-Insaf (PTI) will hold a protest rally against the coalition government and the rising cost of living, here on Saturday, Dawn reported.

Khan called upon his party and supporters to rally with him in the federal capital while addressing a seminar titled ‘Regime change: Impact on Politics, Security and Economy’ and organized by Islamabad Policy Institute (IPI) on Friday. Khan blamed the so-called “imported government” for crushing the masses under the burden of “unbridled fuel price hikes and power outages”.

Khan who was ousted from power through a no-confidence motion in April this year said that the incumbent government has in a very short span of time increased the prices of petrol by Rs99 and diesel by Rs133 per liter respectively instead of buying “cheaper oil from Russia”.

Repeating his allegations that he was removed from power through a US-backed conspiracy, the PTI chief alleged that Pakistan “suffered the most” because of the regime change and said the current economic condition was proof of that while claiming that the economy was flourishing during the PTI government with the agriculture and other sectors recording improvements.

Khan warned that the current state of the national economy could lead Pakistan towards a national security crisis just like Sri Lanka, adding that economic security was also just as important as “military security”, insisting that the ‘neutrals’ – a euphemism he uses for the establishment – would also suffer if the economy collapsed.

Exhorting his supporters the former premier said that people should come out in huge numbers against the “imported government”, over political destabilization, excessive load-shedding, and a massive hike in fuel prices and make it a historic rally.