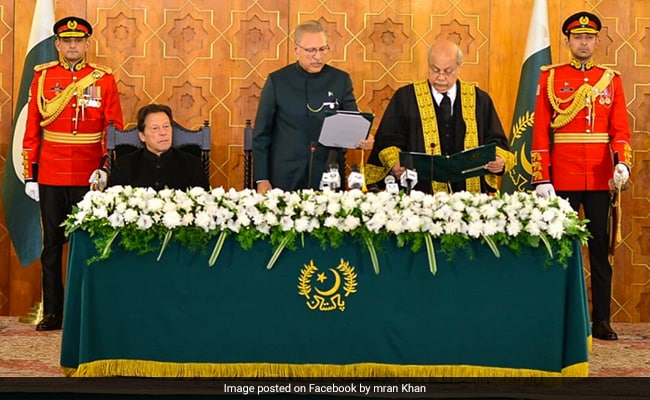 ARY News quoted the ex-minister as saying that the joint opposition did not finalise names within seven days, the top candidate from the names suggested by PTI will become caretaker premier.

According to Geo News, in case the two politicians can’t reach a consensus over one name within three days, each one of them will send two names to the parliamentarian committee responsible for appointing a caretaker prime minister.

The eight-member parliamentary committee, comprising of both National Assembly and Senate members and an equal representation of the ruling party and opposition, will be formed by the National Assembly speaker.

Though Imran Khan has been de-notified as the PM due to dissolution of the National Assembly on Sunday, he will continue to discharge his duty till the appointment of a caretaker PM.

According to the President’s Secretariat, “Imran Ahmad Khan Niazi, shall continue as Prime Minister till the appointment of caretaker Prime Minister under Article 224 A (4) of the Constitution of the Islamic Republic of Pakistan.”

Meanwhile, Opposition Leader Shehbaz Sharif has refused to become part of any consultation for an interim setup including a caretaker prime minister and said that they await a decision from the apex court against subversion of the Constitution, ARY News reported.