There is an open challenge in growing cells for long durations and studying them in real-time to gain a better understanding of the effects of medicine. 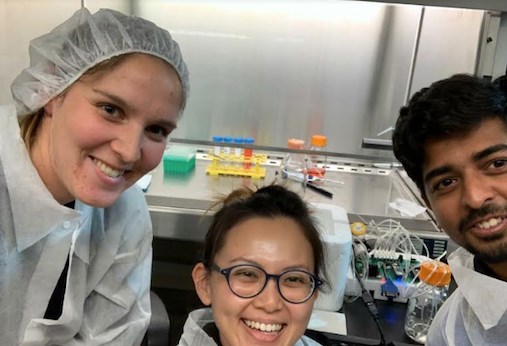 The objective was to observe the brain tissues while they grow and develop, a technology that can potentially accelerate medical and therapeutic discoveries for diseases such as cancer and neurological disorders like Alzheimer’s and Parkinson’s.

‘Cell culture is one of the fundamental steps in validation of the human organ model, whether it may be a pre-clinical study for COVID-19, cancer medicine discovery or any medicine to be used on humans’, a release from IIT-M said today.

There is an open challenge in growing cells for long durations and studying them in real-time to gain a better understanding of the effects of medicine.

The present cell culture protocols involve separate chambers for incubation and imaging, requiring that cells are physically transferred to the imaging chamber.

However, this poses the risk of false results and chances for contamination, it said.

IIT-Madras and MIT scientists came up with a novel solution, which let the cell grow uninterruptedly.

In this invention, a 3D printed micro-incubator and imaging chamber was made into a single palm-sized platform, which was successfully demonstrated for long-term human brain cells culture and real-time imaging.

The findings of this research were published in the reputed, peer-reviewed international journal Biomicrofluidics.