If MLAs and MPs are eligible for Old Pension System, why not employees? 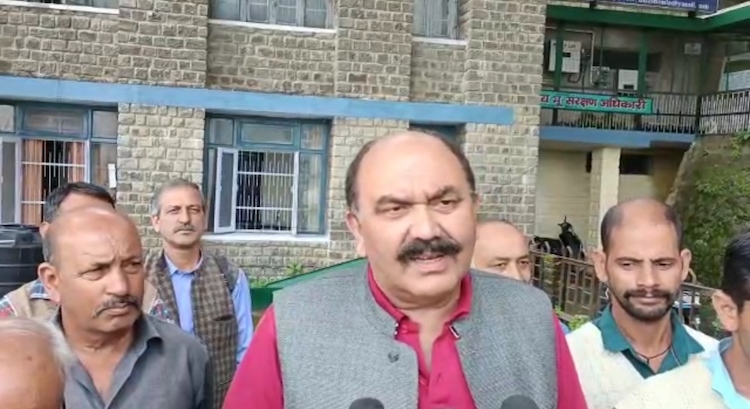 Targeting ruling Congress on the issue of employees he said it is due to neo-liberal policies of Congress governments that deprived employees of OPSM. He said social security is being gradually withdrawn by the public sector undertakings as successive governments opted for privatisation and outsourcing of the Government Service sector.

He appealed to the employees’ organizations to unite together to fight the legal battle.He said nothing could be achieved without making unity on the issue of OPS or regular policy for outsource, contract, part time, scheme workers. He said during his tenure, he would try harder to support the cause of employees and officers.

Dr. Tanwar said that the Forestry Commission should continue to probe the government decision to change the Khair policy.

The CPI(M) candidate said apart from alcohol, synthetic intoxicants are also gaining momentum in the elections. This is very worrying. He said that liquor or synthetic drugs are being given patronage by Congress candidates in Shimla and Kasumpti.

He said recently a huge cache of Chitta was seized in Naldehra. Urging the voters to save their children from such an onslaught as it may become a serious challenge to their future. He questioned the ruling BJP for being soft with big drug peddlers.

Government could not stop the menace as little efforts are being made to check the drug trafficking in the state and those who are using such drugs in small quantities are being arrested . Speaking on this occasion, the Corporate sectors Employees leader said political parties are making big promises to the employees at the time of elections but soon after getting power they took opposite stands. Cautioning not come under any allurement on OPS, Chitranta said BJP has repeatedly broken the promises made to the corporate sector Employees.

Govind Chitaranta said no party other than CPI(M) could fight honestly on OPS and other employees’ issues and they should give strength to the left candidate. A clear example of this is MLA Rakesh Singha who raised every issue of this section in the assembly and Employees and public should send more such strong teams of parties in the assembly.