Minister Govindas Konthoujam called on the gathering to never forget the sacrifice and contribution of Netaji Subhas Chandra Bose for the country’s independence. 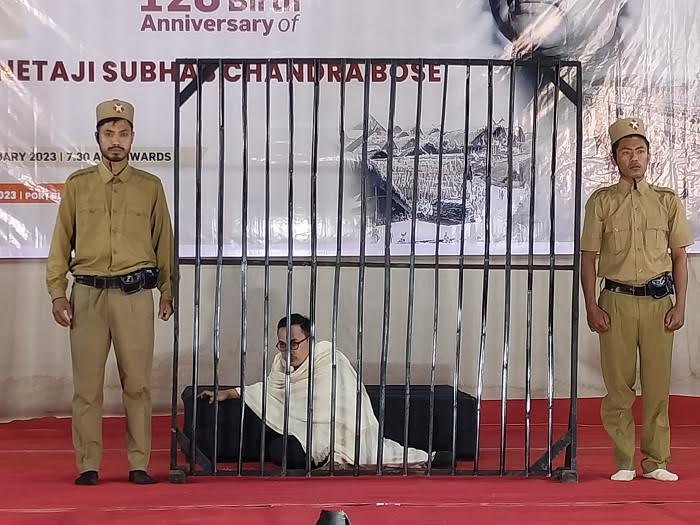 Works and YAS Minister Govindas Konthoujam attended the function as the chief guest. The Minister also hoisted the national flag, followed by a band display to the tune of “Kadam Kadam Badhaye Ja”.

Speaking on the occasion, Minister Govindas Konthoujam called on the gathering to never forget the sacrifice and contribution of Netaji Subhas Chandra Bose for the country’s independence. The minister also encouraged students to draw inspiration from Netaji’s sacrifice and courage for a progressive India.

An inspiring 10-minute documentary film depicting the life of Netaji Subhas Chandra was screened to the audience during the celebration. Khenjonglang Group also presented a moving documentary on the life and work of Netaji for India’s freedom.

Earlier in the day, Prabhat Pheri was carried out at Keithelmanbi to mark the occasion. A drawing and painting competition on Netaji’s life was also held today at Nambol. Besides, a blood donation camp as well as a Mega Free Medical Camp were also organised at Kangvai.

It may be mentioned that after Manipur’s events, the “Iconic Events Week” will be held in sequence in Nagaland, Gujarat, Odisha, and West Bengal. The culmination event is scheduled for January 23 at Port Blair, Andaman & Nicobar Islands with Home Minister Amit Shah as the chief guest.