Earlier this week, the Iranian Foreign Ministry reaffirmed Tehran's intentions to limit the implementation of the Additional Protocol on inspections of its nuclear sites starting February 21. The ministry stressed that this would only concern additional inspections. 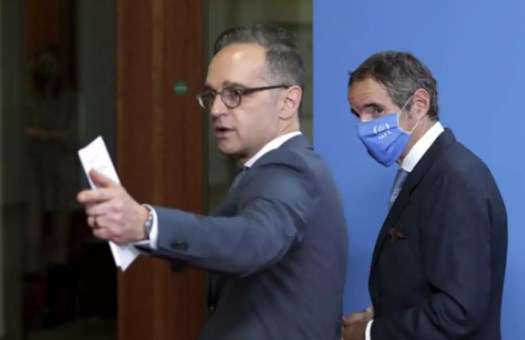 “IAEA Chief @RafaelMGrossi is traveling to Tehran over the weekend to meet with senior Iranian officials. A press conference is planned for Sunday after meetings in #Iran,” the IAEA confirmed on Twitter.

In a Telegram post, the IAEA said that Grossi arrived in Tehran on Saturday night and was going to meet with Salehi the following day.

Earlier this week, the Iranian Foreign Ministry reaffirmed Tehran’s intentions to limit the implementation of the Additional Protocol on inspections of its nuclear sites starting February 21. The ministry stressed that this would only concern additional inspections.

On Friday, Grossi said on Twitter that he was going to meet with senior Iranian officials over the weekend “to find a mutually agreeable solution, compatible with Iranian law, so that the IAEA can continue essential verification activities in Iran.” The IAEA head said he expected the talks to be successful.

Iran’s Foreign Minister Mohammad Javad Zarif has emphasized that at the end of February Tehran is going to reduce the presence of UN inspectors in the country, but that does not mean that all contacts with the IAEA are being cut off.

In 2015, Iran signed the Joint Comprehensive Plan of Action (JCPOA, or the Iran nuclear deal) with the P5+1 group of countries (the United States, China, France, Russia, the United Kingdom – plus Germany) and the European Union. It required Iran to scale back its nuclear program and severely downgrade its uranium reserves in exchange for sanctions relief, including lifting the arms embargo five years after the deal’s adoption. In 2018, the US abandoned its conciliatory stance on Iran, withdrawing from the JCPOA and implementing hard-line policies against Tehran, prompting Iran to largely abandon its obligations under the accord.

In December, Iran passed a law to increase its uranium enrichment and stop UN inspections of its nuclear sites in response to the killing of nuclear physicist Mohsen Fakhrizadeh. At the start of January, Iran’s atomic energy organization announced that the country had succeeded in enriching uranium at 20 percent at the Fordow Fuel Enrichment Plant.