At present some species of the Cinnamomum genus is naturally grown wild in forests. It thrives well as a forest tree at 300-350 meters above MSL said Virender Kanwar Agriculture Minister here on Sunday. 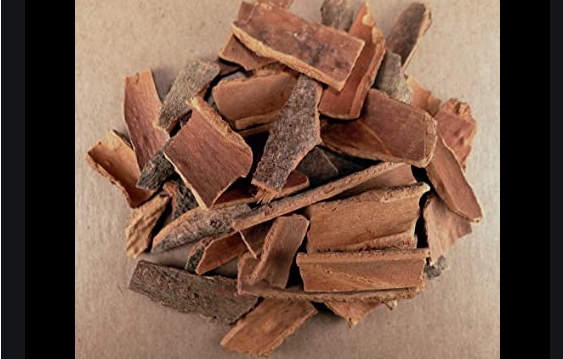 Shimla: The first pilot project in Himachal Pradesh for Cinnamon cultivation was on Sunday rolled out in Una District which will pave the way for commercial cultivation of Cinnamomum Verum in the lower belts of the state.

At present some species of the Cinnamomum genus is naturally grown wild in forests. It thrives well as a forest tree at 300-350 meters above MSL said Virender Kanwar Agriculture Minister here on Sunday.

He said that the first sapling of cinnamon verum one of the earliest known spices, was successfully planted in Vill Kholin, District Una recently under the aegis of the department of agriculture and CSIR’s Institute of Himalayan Bioresource Technology (IHBT) on a pilot basis.
This project has been conceived by CSIR-IHBT and is being implemented in association with ICAR’s Indian Institute of Spice Research, Calicut, Kerala and Department of Agriculture, Himachal Pradesh, the minister said

A CSIR-IHBT team trained farmers on cinnamon cultivation and established a cinnamon demonstration plot in Una.

A target has been fixed to train around 1000 farmers in cinnamon cultivation in the lower elevations of the state by organising training camps/ farm visits in their respective areas commercially cultivated high yielding varieties like Navashree, Konkan Tej, Yercaud 1, and Nithyashree known for delicate aroma and spicy flavour It is principally employed in cookery as a condiment and flavouring material. Cinnamon is a versatile spice that can be added to any food item such as salads, confectionaries, beverages, soups, stews and sauces. Besides its culinary usage, it has important medicinal applications.

In the initial phase, as many as 600 to 700 plants of true dalchini have been planted and a target has been fixed to distribute 40,000- 50,000 plants of cinnamon verum every year free of cost to the farmers to propagate the cinnamon cultivation in the region.

This sun-loving plant can be successfully grown in Una, Hamirpur, Bilaspur, Kangra and Sirmour District having a hot and humid climate with moderate temperature and rainfall of 1,750-3,500 mm per annum said Virender Kanwar Agriculture Minister here on Sunday.

Harvested produce is called ‘Quills’ which are made by rolling the peeled bark and joining several of them together to get a pipe-like structure in the required length.

The farm scientist of CSIR-IHBT Palampur would provide the technical know-how and update the skills of the farmers involved in the pilot project in cinnamon cultivation in the state while the expertise of national-level agencies will be utilized at a later stage.

Regular field visits supervision will be done for cinnamon plantation over different locations by experts Mr Virender Kanwar said. He further said that the cultivation of cinnamon, one of the most valuable commodities being traded in the country today has the potential to change the economic condition of people in the lower areas of Himachal Pradesh.
Trials on cinnamon cultivation will be laid out in five districts of Himachal Pradesh and data will be analysed on environmental factors, agrotechnologies followed and plant morphology including quills yield.

Cinnamon or sweet wood is one of the oldest known spices and it’s commercially cultivated in the states of Kerala, Tamil Nadu, and Karnataka. The dried inner bark of Cinnamon is used as a spice and this tree can reach up to a height of 6 to15 meters on full growth. It has very good demand in local as well as in the international markets due to its health benefits some of the cinnamon health benefits are listed below.
There’s hardly any Indian kitchen that doesn’t use cinnamon. But, until now, the bulk of this important condiment and flavouring material was imported from Sri Lanka, Vietnam, China, Nepal and Indonesia
The annual demand of cinnamon in India is 50,319 tonnes, out of which 5,000 tonnes is fulfilled by local production (C. verum and C. Tamala).

There is no organized cultivation of cinnamon in the country. The reported C. Verum production belongs to the naturally occurring plants in Kerala and surrounding coastal areas.

Cinnamon is regarded as a commercially important Non-Timber Forest Product (NTFP) that, if harvested properly, can contribute to the income of the forest-dwelling communities said the Agriculture Ministry