He said the people of the country have shown indomitable courage and made sacrifices for the country, but the irony was that today the country was unaware of those great men. Such people should be brought to the notice of the countrymen, especially the new generation, the Governor added. 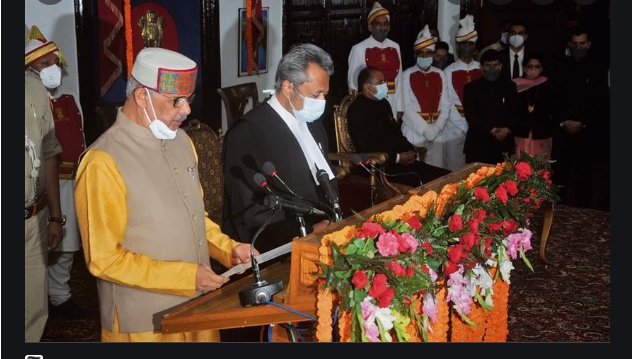 He said the people of the country have shown indomitable courage and made sacrifices for the country, but the irony was that today the country was unaware of those great men. Such people should be brought to the notice of the countrymen, especially the new generation, the Governor added.

The Governor said this while inaugurating a two-day National level seminar on seventy-five years of Independence at Thakur Jagdev Chand Smriti Shodh Sansthan, Neri in the district today.

He said that India got freedom after a long battle and the results of hard-won freedom should not be allowed to go waste. People should remain to beware of such elements that were trying to harm the cause of the nation through their wrongdoings.

The Governor said the society would benefit from the deliberations coming out of the seminar. He said,” There are many such subjects in history, which we do not even touch, the society needs literature on historical events. So that the youth of the society and the nation can get information about their true history and the youth can feel proud of their glorious history”.

The Governor said that such seminars would benefit in bringing the saga of these people in front of society. He said that India is a unique example of unity in diversity. By visiting the Singh’s branch here, such a feeling is awakened that we all countrymen are one and we need to cooperate for each other.

He said, “Today’s youth is playing an important role in creative work, but at the same time the youth need to take their culture and culture along with them. We were one nation for hundreds of thousands of years even though we got political independence in 1947”.

Prof. Kuldeep Chand Agnihotri, former Vice-chancellor of Central University, Kangra in his keynote address said that the history of the freedom struggle had been disputed; the courage of the freedom fighters of the country had to be accepted so that there is clarity in the history.

He said that by leaving the history of India, we were teaching Arab history and that was not understood. There is a need to teach Indian history, only then the truth will come out.

Giving the example of Swami Satyanand Stokes of Himachal Pradesh, he said that he made a special contribution to the freedom struggle of the country.

Pro. Agnihotri said that the time has come to expose our history hidden in the dark, so today’s youth need to teach history to those revolutionaries who are lying in some unknown corner.

He said that all the students presenting research today will definitely come out with something new, which will benefit the younger generation and society.

Director of Research Institute, Dr Chetram Garg apprised about the activities of the institute and said that the research institute Neri has been bringing out a clear history in front of the society by bringing out the hidden facts in history for a long time.

On this occasion, a ‘souvenir’ related to the national symposium was released by the chief guest.