There are sixty-eight seats in the state assembly for which the elections were held on November 12. 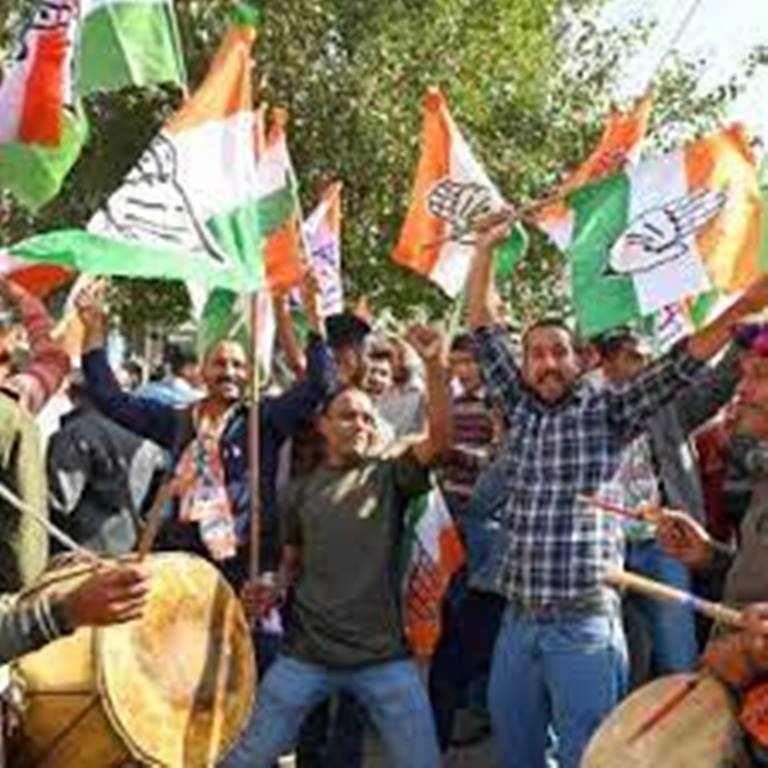 Hamirpur (HP): With just four days left for the counting of votes for the recently concluded Vidhan Sabha elections in the state, leaders of both major parties, the BJP and Congress, have started sending feelers to their rebels to join them in case they are short of a majority in the house.

There are sixty-eight seats in the state assembly for which the elections were held on November 12.

Information reaching here from all parts of the district indicates that the situation is still not clear for both parties despite their tall claims that they are getting majority seats in the new house.

The presence of rebels of both parties in the recently concluded elections has given sleepless nights to the top leaders of both parties as they are forced to approach their rebels/dissidents, who are in the position to win the elections from, various districts.

Sources in the BJP told UNI today that Home Minister, Amit Shah and All India BJP Chief, JP Nadda have issued strict instructions to their state-level top leaders to remain in touch with their rebels and ensure that in case of their win, they don’t align with the Congress party at any cost and thus support the BJP which is their mother party.

On other hand, the situation in the Congress party is also not sound as various leaders of the party have started claiming that they will become the Chief Minister of the state in case the party was voted to power.

All these leaders have met their top leaders and have staked their claim for the post of the leader of the house on the plea that they were credited for harming the cause of the BJP and bringing back the party to such a situation where the party could form its government in the state.

However, all eyes are on Priyanka Gandhi, who not only ran the party campaign in the state, but also supervised the entire election process by staying at her Chharabra house in the Shimla district.

Sources said that the top leadership of the Congress party has authorised Priyanka Gandhi to name the person as the leader of the house once the election results announced on December 8.

With the situation still remaining fluid and people of the state watching the situation with rapport attention, it is a million dollars questions who is going to form the government.

What will be the fate of the new government when its coffer is already empty and leaders of all parties have made lofty slogans to the people including the grant of Old pension scheme; three hundred units of power free to all households; 1500 rupees pension to all the women and grant of one lakh jobs to the unemployed youth in the first year of the formation of the government.