The Indian Parliament’s Standing Committee on Finance held a meeting with various stakeholders of the crypto industry in the second week of November where the consensus emerged that it is not possible to stop cryptocurrencies and its rising popularity, so it should be regulated. 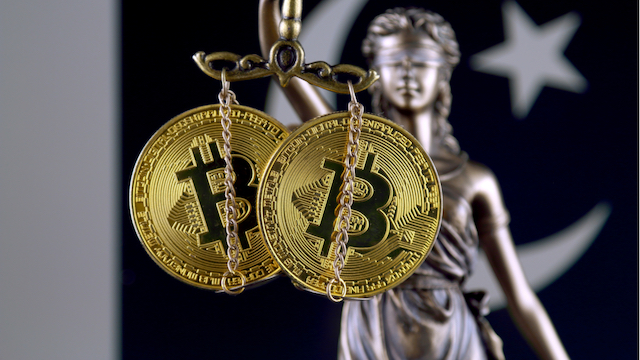 Australian Minister of Finance Jane Hume came down heavily on the Reserve Bank of Australia (RBA) last month for slighting cryptocurrencies as a passing “fad” rather than an asset class.

“I would like to make something clear: cryptocurrency is not a fad. It is an asset class that will grow in importance,” Hume said at the Australian Financial Review Super & Wealth Summit in Sydney on November 22.

The week before, the RBA’s head of payments policy, Tony Richards, had tried to dismiss the current “speculative demand” for cryptocurrencies as a fad and predicted that the faddist interest will soon come to an end.

In a speech to the Australian Corporate Treasury Association, he said, “Households might be less influenced by fads and a fear of missing out and might start to pay more attention to the warnings of securities regulators and consumer protection agencies in many countries about the risks of investing in something with no issuer, no backing and highly uncertain value.”

Taking her argument further, Hume said, “As an industry, and as a government, we need to acknowledge this is not a fad. We should tread cautiously, but not fearfully,” Hume said further.

The opinions of the central bank and proponents of digital coins seem to differ sharply now.

Recently, Managing Director of the Monetary Authority of Singapore, Ravi Menon cautioned investors on “sharp speculative swings” in the value of cryptocurrencies. “The prices of crypto tokens are not anchored on any economic fundamentals, and are subject to sharp speculative swings,” Menon said at Singapore Fintech Festival (8-12 November). “Investors in these tokens are at risk of suffering significant losses,” he cautioned.

The RBA trying to dismiss cryptocurrencies as a fad and the minister strongly coming out in support of the cryptocurrencies is an interesting tussle being played out in many countries. It throws a spotlight on how central banks are grappling with the growing influence of digital coins amid a complete lack of regulation and monitoring.

The Indian Parliament’s Standing Committee on Finance held a meeting with various stakeholders of the crypto industry in the second week of November where the consensus emerged that it is not possible to stop cryptocurrencies and its rising popularity, so it should be regulated.

Later, Indian Prime Minister Narendra Modi held a meeting of senior officials where concerns were once again raised about the potential of cryptocurrencies being used for terror funding and money laundering. It noted “lack of transparency” and “overpromising” as major problems with crypto trade in the country.

Modi mentioned bitcoin and cryptocurrencies in his speech at Sydney Dialogue last week which reflected more caution than appreciation for the coins. He said, “Take crypto-currency or bitcoin for example. It is important that all democratic nations work together on this and ensure it does not end up in the wrong hands, which can spoil our youth.”

Now, Indian parliament is slated to take up a crypto bill in the upcoming winter session which will pave the way for a central bank digital coin (CBDC) and may ban all cryptocurrencies.

But banning cryptocurrencies doesn’t work as the experience of China that has already done it in 2013, 2017, and 2021 shows.

Amid an estimated $50 billion flowing out of the mainstream economy to cryptocurrencies in 2020, China has imposed a complete ban on crypto trading and mining.

Through a pilot project, it has also introduced a digital Yuan, e-CNY, which will be formally launched during the Winter Olympics in February 2022. The country is airdropping millions of e-CNY to citizens in a bid to make it popular.

India joins a burgeoning club of countries that are ready to roll out their digital coins. CBDC trials are ongoing in China, Japan, Sweden, and Nigeria. Both the European Central Bank and Bank of England are also gearing up for trials of their respective CBDCs. The Bahamas has already rolled out its CBDC sometime back.

At the root of cryptocurrencies popularity is protection of privacy and innovation in the private payments system. Now, central banks are trying to catch up with cryptocurrencies with the digital versions of their fiat currencies, which is actually not showing much promise, given the control of the central bank and lack of privacy.

CBDCs are not cryptocurrencies as they are controlled by the central bank of the respective countries. They are using distributed ledger technology but it’s not blockchain that brings in decentralized decision making as the key feature of cryptocurrencies.

Stablecoins are tied to a currency or gold come across as low-cost and easily accessible payment systems. Tether and Ripple are two major stablecoins that are tied to US dollars.

As stablecoins hold about $141 billion in value and have become an increasingly significant part of the financial system, the US lawmakers and Federal Reserve are pitching for greater regulation of stablecoins.

The Bank of America in a recent research paper has said that regulation can pave the way for mass adoption of stablecoins.

(The writer is a freelance journalist and content developer. He can be contacted at arunkumarsrivastav@gmail.com)