Mujahid also said that "regular exchange of messages is taking place" with the resistance in Panjshir in northeastern Afghanistan led by Ahmed Massoud and Amrullah Saleh, who has declared himself caretaker president, and they are certain the issue will be resolved. 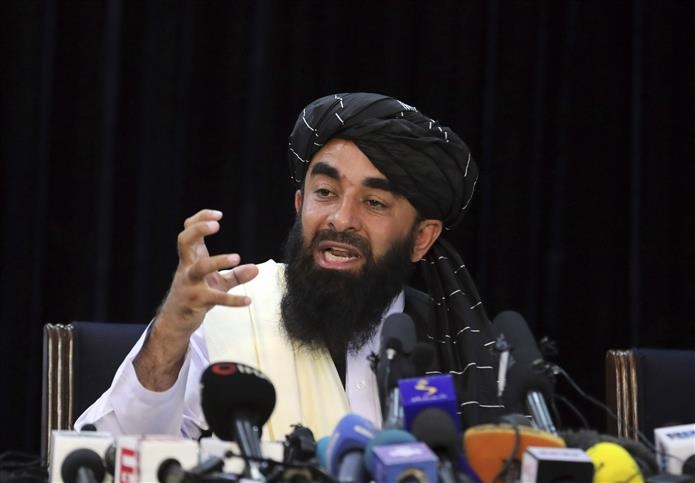 Kabul/Islamabad: The Taliban will be ready “within a few days” on making an announcement on government formation in Afghanistan and are holding wide-ranging discussions on the issue with all leaders in Kabul, the group’s spokesperson Zabihullah Mujahid has said.

Mujahid also said that “regular exchange of messages is taking place” with the resistance in Panjshir in northeastern Afghanistan led by Ahmed Massoud and Amrullah Saleh, who has declared himself caretaker president, and they are certain the issue will be resolved.

In an interview to Pakistan’s Geo News, Mujahid said the Taliban will not sideline the past leaders of Afghanistan, but consult them and seek their advice.

“We wish to begin a new chapter and include people who not only enjoy popular support, but are deserving of being the people’s representatives.

“But this does not in any way mean that all the past leaders will be sidelined. We will routinely consult them and seek their advice,” he said.

“Discussions are being held on all aspects of a government,” the spokesman said, adding that he hopes the Taliban will be ready “within a few days” to make an announcement in this regard.

“First of all, entering Kabul all of a sudden and taking over governance like this was unanticipated. We desire to hold wide-ranging talks regarding the formation of a government, so that a strong government can form,” he said.

Mujahid also indicated the Taliban’s desire for an “end to war”, and the “creation of such a system, with everyone’s input, that represents the wishes of the people”.

“We have made considerable progress in this regard, but work is still underway,” he said.

“We are consulting all leaders present in Kabul. We are in touch with them, and their recommendations are important to us,” he added.

Mujahid said the Taliban are keen to include “new faces” to be part of the government.

He said the group will move forward keeping in view the input given by the political leaders and take measures in light of the same.

On the issue of control of Panjshir valley, Mujahid said the Taliban are “60% confident that matters can be resolved through talks”.

“We have put to use all available resources to make this possible. We have consulted ulema, and former jihadi leaders, and a regular exchange of messages is taking place,” he said.

The spokesman hoped the Taliban would be able to take over Panjshir “without the use of force”. “We hope to bring Panjshir under the control of Kabul, much like this,” he said.

“This way the honour of the people there will remain intact and we will accord them respect,” he added.

Mujahid said that in the exchange of messages with leaders in Panjshir the Taliban had indicated they do not wish a war.

“Even if a war does take place, it will be swift, because our fighters have surrounded Panjshir,” he said, adding that they are present in Badakhshan, Paghman and Takharo Parwan.

On the issue of the Tehreek-e-Taliban Pakistan (TTP), a terror outfit banned by Pakistan, Mujahid said it is not an issue for the Afghanistan government to resolve but something that Islamabad will have to solve.

The Taliban spokesman added: “The issue of the TTP is one that Pakistan will have to deal with, not Afghanistan. It is up to Pakistan, and Pakistani ulema and religious figures, not the Taliban, to decide on the legitimacy or illegitimacy of their war and to formulate a strategy in response.”