The outlawed organisation hoped that the entire peace process would be taken up in letter and spirit. 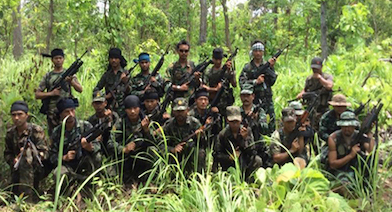 Shillong: The outlawed Banned Hynñiewtrep National Liberation Council (HNLC) on Sunday described the appointment of interlocutors to facilitate the peace talks as a “positive step” and hoped that the entire peace process would be taken up in letter and spirit.

“First of all our leadership gratefully acknowledges the invaluable support from the GOM/GOI (Government of Meghalaya/Government of India) in appointing an interlocutor to carry forward the proposed peace initiative of the HNLC and the GOM/GOI,” HNLC General Secretary, Saiñkupar Nongtraw, said.

In an e-mailed statement, Nongtraw said that the rebel outfit is yet to get an official communication from the Meghalaya government regarding the appointment of interlocutors Bah Peter.S. Dkhar and A.K. Mishra, Adviser (Northeast), MHA.

Nongtraw informed that the leadership of the Khasi rebel outfit has authorised a representative to meet the interlocutors and simultaneously initiate and form a Hynñiewtrep Peace Committee (HPC), and stakeholders, including church elders, citizens and NGOs shall be a part of the committee to ensure smooth functioning of the peace process.

“The HPC shall facilitate dialogue between stakeholders, Church elders, the HNLC as well as the GOI/GOM. The HPC shall be confined to participate in an initiative to develop a new set of principles, standards and norms that will fundamentally reshape how the peace processes shall be structured, sequenced and actualised,” the HNLC statement stated.

The rebel outfit also appealed to the Meghalaya government to instruct the police department to suspend all activities including arrests, raids and harassing of its cadres and also common people on mere suspicion of maintaining links with the organisation.

“Unnecessary harassment of the cadres could again create a perplexing situation which could result in derailment of the entire peace process. We need to respect each others’ stand and also maintain a level of sincerity and trust,” Nongtraw said.

Stating that even though the outfit has not declared any kind of ceasefire, the HNLC General Secretary said, “We are serious and we have put in all efforts to end all kinds of violent activities.” Moreover, he said the organisation believes that it is high time for everyone to lay aside their prejudices and biases, and try to find a common ground for peace to flourish.

“Now it should be the prerogative of the government to do the same. We are ready to stop all kinds of military action so as to enable a peaceful atmosphere,” Nongtraw said.