About requisition of a mobile testing van from Central Govt, Court has directed to place similar requisition for the other three Districts also. 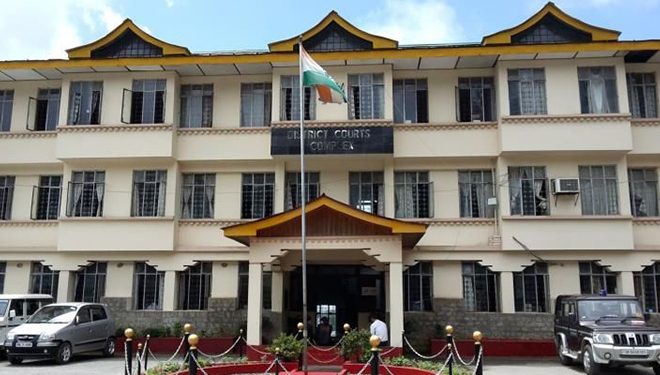 Gangtok: Sikkim High Court Judges Justice Meenakshi M Rai and Justice Bhaskar Pradhan have appreciated State augmenting the testing facilities, setting up Centre for Rapid Antigen test and TrueNat C-19 tests, followed by treatment of those found COVID positive. However, the Court at every issue directed establishing the same facilities for all the four Districts of State.

The High Court during the hearing in Writ Petition PIL 6 of 2020 (Public Interest Litigation) expressed concern over the number of COVID-19 vaccine doses available in the State and 15230 expected to arrive soon. In keeping with the population of the State vaccine here has been regarded insufficient and State directed to the Court also showed concern regarding no range for vaccinating all at the earliest.

Mentioning the issue of news of the Third wave of COVID, preparedness of State, no policy formulated by the State Task Force for it was also focused on. “We are concerned that no policy has been envisaged till date for the purpose of dealing with the Third wave, if one. Have policies in place to deal with the third wave, to shield the population of Sikkim from the repercussions.” The policies are to be made known to the common man. Preparedness in terms of Infrastructure, medical and human resources has to be there. The High Court has also stressed “awareness generation on the medical protocol to be followed once a person tests positive COVID19. Cellphone numbers of Doctors and summary of the steps to be taken by positive patients, should be advertised.”

Court has directed all necessary steps to ensure VRDL facilities in all the Districts within 90 days. The total requirement of vaccines for the age group 18 to 44, stands at 580,000 as their population reportedly stands at 290,000. “We trust that State respondents shall make untiring and proactive efforts to obtain the entire number of requisite doses so that the population of the State can be vaccinated at the earliest,” said the Judges.

The state has to ensure increasing ICU Beds in all four Districts for COVID-19 and General patients. All the Districts East, West, South and North should have a Viral Research Diagnostic Laboratory facility for RTPCR testing, before ensuing Monsoon issues. (However, the State Health Department is on its way to establish one such lab in Jorethang, South Sikkim).

About requisition of a mobile testing van from Central Govt, Court has directed to place similar requisition for the other three Districts also.