The legal notice, which was sent through his advocate Thokchom Deepak Singh, comes in the wake of the Supreme Court on Thursday admitting an appeal filed by BJP leader Okram Henry Singh challenging High Court's order declaring his election from 15 Wangkhei Assembly Constituency (Manipur) as null and void. 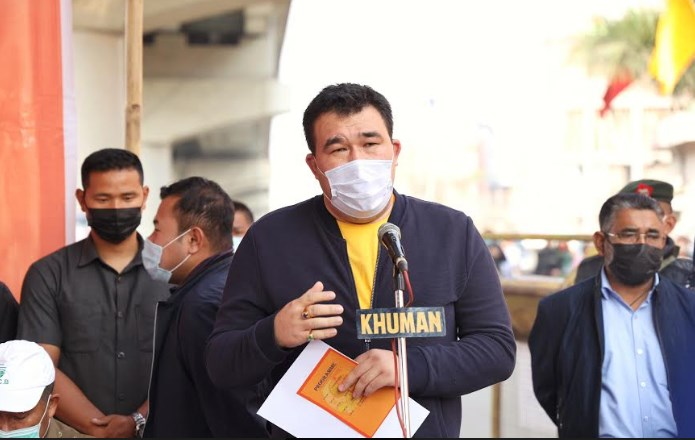 Imphal: Former Social Welfare Minister Okram Henry has sent legal notices to the Chief Secretary, Govt. of Manipur, the Director-General of Police, Govt. of Manipur, the Commissioner, (CAF&PD), Govt. of Manipur, the Secretary, Manipur Legislative Assembly, Imphal, the DC, Imphal East, the DC, Imphal West, Govt, the SP, Imphal East, and the SP, Imphal West that contempt petition will be filed against each of them without further notice, if, Yumkham Erabot Singh, is given any monetary/financial benefits including salary, MLA local area development fund, any other benefits involving financial benefits including distribution of food grains, fair price shops, etc., by CAF&PD.

The legal notice, which was sent through his advocate Thokchom Deepak Singh, comes in the wake of the Supreme Court on Thursday admitting an appeal filed by BJP leader Okram Henry Singh challenging High Court’s order declaring his election from 15 Wangkhei Assembly Constituency (Manipur) as null and void.

A three-judge Bench of Justice UU Lalit, Justice Indira Banerjee and Justice KM Joseph has directed that the opposite candidate  Yumkham Erabot Singh, will be entitled to represent the electorate in the House and to participate in the debates, but will not be entitled to cast any vote on the floor of the House or in any committee of the House.

Further, that Erabot Singh will also not be entitled to draw any monetary benefits in respect of the office of Member of the Assembly. The Court further said that the interim directions will be operative till the present appeal is disposed of by this Court.

Further, the Court observed that only the scope of the interim order would, therefore, be confined to the second relief granted by the High Court, which was declaration of the petitioner as duly elected member of the Constituency.

The Court made note of the fact that no relief in terms of Section 116B(1) of the Act was prayed for, and that respondent Erabot Singh has already been sworn-in as a Member of the Assembly.

While responding to the interim order of the Apex Court, newly elected Wanghei MLA Y Erabot on Friday contended that the said order only prohibited him from enjoying personal monetary benefit entitled to him, however, it didn’t prohibit him from enjoying other facilities and benefits such as staff allowance, and other entitled to him as a legislature and to perform and execute duties as an MLA accordingly.