Heatwave kills over 800 in Spain 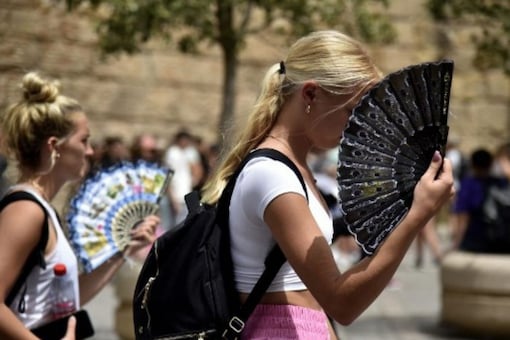 Madrid: A total of 863 people died in Spain from July 10-18 due to an intense heat wave that hit the country this month, according to the Carlos III Health Institute subordinate to the Spanish Health Ministry.

The institute’s daily mortality monitoring system shows that the death toll from the heat continues to increase, with record 184 fatalities registered on Monday, July 18.

The heatwave is adversely affecting not only people’s lives, but also the country’s environment.

On Wednesday, Spanish Prime Minister Pedro Sanchez arrived in the municipality of Ateca located in the Spanish province of Zaragoza, where wildfires caused by the heat have already raged out of control and burnt 14,000 hectares, the Heraldo de Aragon newspaper reported.

According to Spanish media, wildfires have killed two people, injured 15 and destroyed at least 60,000 hectares of forest plantations in the country over the past 10 days. For comparison, a total of 70,000 hectares were burnt down in Spain since the beginning of 2022. Moreover, the number of fires in the country in 2022 is twice the average recorded over the past decade.