Elections in Karnataka are scheduled for 2023, just five months away. 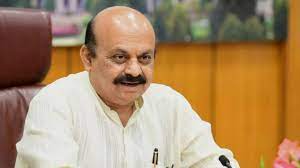 Bengaluru: Reacting to the Gujarat election result, Karnataka Chief Minister Basavaraj Bommai on Thursday said it will have a positive effect on the party’s prospects in poll-bound Karnataka.

Elections in Karnataka are scheduled for 2023, just five months away.

“This election result (Gujarat results) will have a positive effect on the Karnataka elections too. It will be a major morale booster for the BJP cadre and supporters. Our victory is guaranteed if we work with more vigour,” Bommai told reporters here.

The CM said the results of Gujarat shows that pro-incumbency is the new trend which shows that people supported good governance.

“There used to be a trend of anti-incumbency, but now in vogue is the pro-incumbency trend. This has been reflected in Gujarat results. And to get pro-incumbency results, governments have to give good governance,” he said.

Bommai also credited Prime Minister Narendra Modi for the record seventh victory in Gujarat. “Despite a generation having passed, the old and new generations have accepted PM Narendra Modi’s governance and acumen. They have reposed faith in his leadership. Therefore, BJP won in Gujarat,” he said.

Asked to comment on BJP’s defeat in MCD election, CM said to be in power for 15 years in itself is an achievement, and civic election cannot be compared to a general election.

Meanwhile, senior Congress leader Siddaramaiah said Gujarat results will not have any impact in the 2023 assembly elections in Karnataka.

Replying to it, Bommai said there is no need to bother about Siddaramaiah’s statements which never come true.