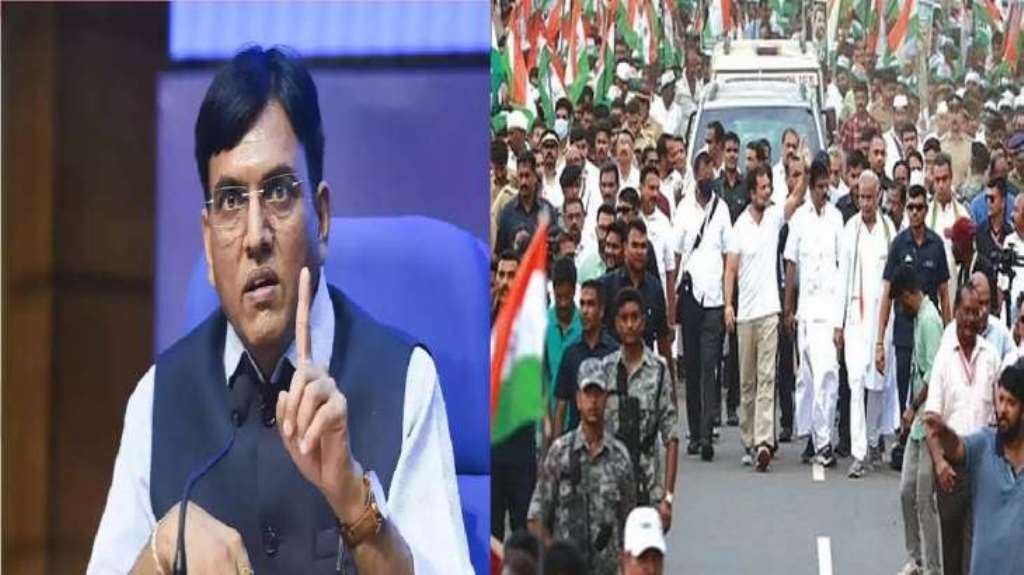 New Delhi: Amid the war of words between the Congress and BJP over Union Health Minister Mansukh Mandaviya’s letter to MP Rahul Gandhi advising him to follow the Covid-19 norms or “suspend” the ‘Bharat Jodo Yatra’, the grand old party on Friday accused the ruling dispensation of trying to stop the yatra.

Addressing a press conference, Congress general secretary in-charge Organisation KC Venugopal said, “The Health Minister wrote a letter to Rahul Gandhi to stop the yatra on Covid. We could understand If he had given a general statement to all leaders of this country, reminding the Covid issue. The Prime Minister is attending rallies everywhere, all his Ministers are attending public programmes, their Chief Ministers are doing public meetings, but, letter was only to Rahul Gandhi.”

Venugopal added, “We are very happy that this is a clear certificate from the Government that Bharat Jodo Yatra is a greatly successful event in this country. Indirectly, they agree, this is a great success.”

Apprising about the meeting of Congress general secretaries, incharges, PCCs along with the CLP, chaired by party president Mallikaarjun Kharge at the party headquarters here, the senior party leader said, “In his initial remarks, the Congress president congratulated the PCC presidents and CLP leaders of the states, where the Yatra had already taken place.”

The meeting also complimented former party president Rahul Gandhi for having undertaken such a massive level of yatra throughout the country, he said.

Talking about party’s ‘Haath Se Haath Jodo Abhiyan’, starting from January 26, 2023 Venugopal said, “Today, PCC Presidents and CLP leaders had given a clear cut action plan of the implementation of this programme. Already, PCC level meetings are over in all states. Now, district level meetings are going on to implement this program, to be followed by Block Level meetings.”

“This two months campaign will give a clear cut follow up of Bharat Jodo Yatra.

Our workers, throughout these two months will go house to house and explain the message of this yatra to the people of this country,” he added.