Govt says it has no data on farmers’ deaths

In his reply to the three questions, the Minister said, "The Ministry of Agriculture and Farmers Welfare has no record in the matter and hence the question does not arise." 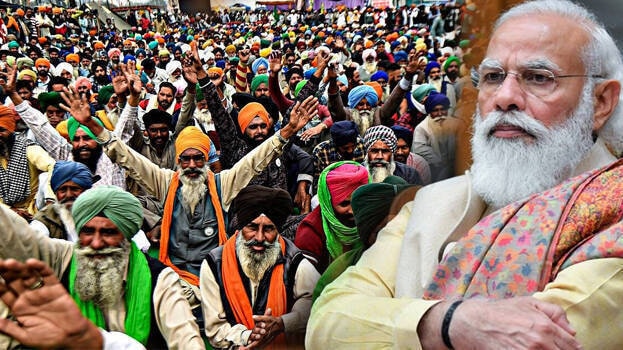 New Delhi: Union Government has informed the Lok Sabha that it does not have any data on farmers’ deaths during the ongoing agitation, drawing reactions from the protesting Farmers and Opposition.

In a question in Lok Sabha, Agriculture Minister Narendra Singh Tomar was asked about the Farmers’ agitation, and was asked about the number of cases registered against farmers in connection with the agitation, the data on the number of farmers who died during the agitations held in and around the National Capital; and if the Government proposes to provide financial assistance to the kin of farmers who died during the said agitations.

In his reply to the three questions, the Minister said, “The Ministry of Agriculture and Farmers Welfare has no record in the matter and hence the question does not arise.”

“SKM condemns the response of Govt of India in the Parliament where Mr Narendra Singh Tomar in a written reply said that the government has no information about deaths in the farmers movement and therefore, question of financial assistance does not arise! SKM reiterates its demand for compensation and rehabilitation of the kin of more than 689 martyrs in the ongoing agitation,” the SKM said in a statement.

“Samyukt Kisan Morcha condemns the continued attempts by BJP Government led by Mr Narendra Modi, to divide protesting farmers by not re-initiating formal dialogue and not responding formally to the letter sent by SKM reminding the government about the pending demands. Farm unions stand united in their demands to the Government and SKM is awaiting formal communication with all required details from the Government,” SKM said in a statement.

Leader of Opposition Mallikarjun Kharge slammed the government, and said, “Over 700 farmers lost their lives in the protests against three farm laws. How can government say they don’t have any record of it?”

“It comprises the erstwhile Price Support Scheme (PSS) with certain modifications and rolling out of new schemes of Price Deficiency Payment Scheme (PDPS) and pilot of Private Procurement and Stockist Scheme (PPSS). Under PM-AASHA, States/UTs are offered to choose either PSS and PDPS in a given procurement season with respect to particular oilseeds crop for the entire State. Pulses and Copra are procured under PSS,” the Minister said.

This comes in the backdrop of the three Farm Laws being repealed in Parliament on Monday, the first day of Winter Session. Several farmers groups, under the banner of SKM, have been protesting at Delhi borders since November 26, 2020 against the laws.

Farmers have announced they will continue the protests and reiterated it on Wednesday. Farmers have also questioned government over the other pending demands, which include guarantee of MSP, which is determined as per the formula given by the MS Swaminathan committee, scrapping of the electricity amendment bill, withdrawal of cases against agitating farmers and compensation and resettlement for kin of the farmers who lost their lives in the protests.

As per data maintained by SKM, by November 29, 687 farmers died in the protests.