Today there are many people who are engaged in promoting the fitness culture among the specially-abled at the grassroots level. 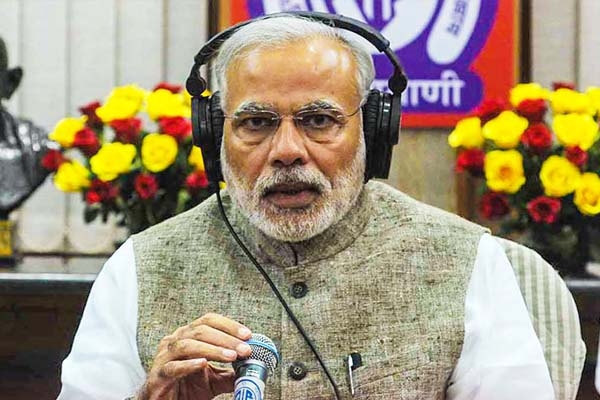 New Delhi: Prime Minister Narendra Modi on Sunday said that the government has given a lot of emphasis in the new National Education Policy to maintain a fixed standard for sign language.

The Prime Minister said, “the big problem in India for years was that there were no clear gestures, no standards for Sign Language”, adding that to overcome these difficulties, the Indian Sign Language Research and Training Center was established in the year 2015.

“I am happy that this institution has thus far prepared a dictionary comprising ten thousand words and expressions which is benefiting millions of my specially-abled brothers and sisters now,” he said while addressing Mann Ki Baat on All India Radio on Sunday.

Prime Minister said there are many people who are either unable to hear or are unable to express themselves through speech and the biggest support for such friends is Sign Language.

He said, “I am also discussing this in ‘Mann Ki Baat’ so that the awareness about Indian Sign Language increases. With this, we will be able to help our specially-abled friends more and more”

Talking about Hemkosh, one of the oldest dictionaries of the Assamese language, Prime Minister said, “It was edited by eminent linguist Hemchandra Barua Ji. The Braille Edition of Hemkosh is around 10,000 pages long and is going to be published in more than 15 volumes”.

He further added that “more than 1 lakh words have to be translated in it and I greatly appreciate this sensitive effort, adding that, every such effort goes a long way in increasing the skill and capability of our specially-abled friends”.

Prime Minister also hailed the success of sportspersons in para Sport and said “today India is also raising the flag of success in such Sports and we have all been witness to this in many tournaments”.