A government statement said the decision was taken in light of the "significant financial and socio-economic risk for the consumers, especially youth and children." 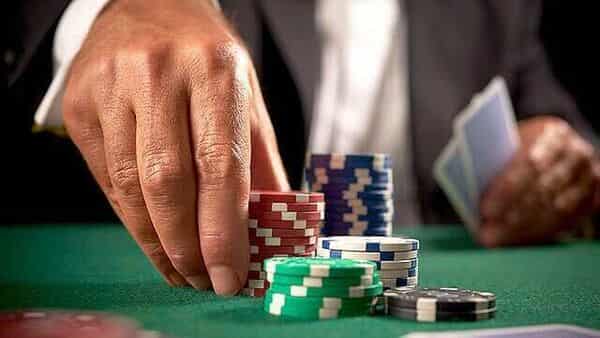 New Delhi: Government of India on Monday issued an advisory for news channels and digital news platforms asking them not to show advertisements of online betting platforms.

A government statement said the decision was taken in light of the “significant financial and socio-economic risk for the consumers, especially youth and children.”

The Ministry of Information and Broadcasting today issued two Advisories, one for private television channels and the other for digital news publishers and OTT platforms strongly advising them to refrain from showing advertisements of online betting sites and surrogate advertisements of such sites.

“It had come to the notice of the Government that several sports channels on television, as well as on OTT platforms, have recently been showing advertisements of offshore online betting platforms as well as their surrogate news websites. The Advisories were supplemented with evidences which contained direct and surrogate advertisements of offshore betting platforms such as Fairplay, PariMatch, Betway, Wolf 777, and 1xBet,” the I&B Ministry said in a statement.

“Moreover, the Ministry has stated that neither the betting platforms nor the news websites are registered under any legal authority in India. Such websites are promoting betting and gambling under the garb of news as surrogate advertising.”

The Advisories issued by the Ministry stated that since betting and gambling is illegal in most parts of the country, advertisements of these betting platforms as well as their surrogates are also illegal.

The Advisories are based upon the provisions of the Consumer Protection Act 2019, Cable TV Network Regulation Act 1995 and the IT Rules, 2021.

The Ministry has stated that such advertisements are not in conformity with various related laws and has strongly advised TV channels as well as digital news publishers from broadcasting such betting platforms or their surrogate news websites, reminding TV channels that violation may invite penal action.

The Ministry has also advised online advertisement intermediaries to not target such advertisements towards Indian audience.

The Ministry has mentioned in the advisory that betting and gambling pose significant financial and socio-economic risk for the consumers, especially youth and children. Accordingly, the promotion of offline or online betting/gambling through advertisements is not advised in larger public interest.

The Ministry of Information & Broadcasting worked in close coordination with the Department of Consumer Affairs for the issue of the two Advisories.