Govt can pass Women’s Reservation Bill in minutes if it wants: Alva

"If you are serious about empowering women, why aren't you bringing the Bill and passing it, and giving women their due share and place in decision-making," she questioned. 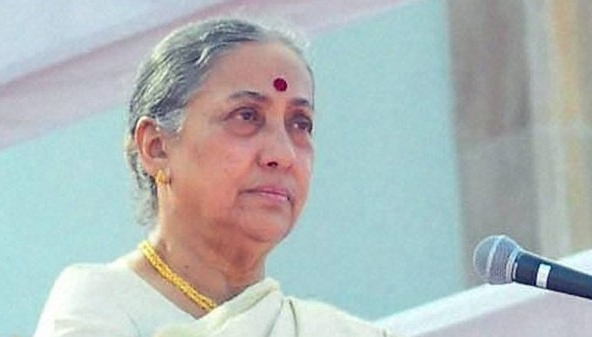 New Delhi: Women in decision-making roles usher change and bring development with a human face, Opposition’s Vice-Presidential candidate Margaret Alva said, adding that if the NDA government wants, they can pass the Women’s Reservation Bill in minutes, and wondered what was stopping them.

In an interview with UNI, asked how women in decision-making and Constitutional posts usher change, Alva said the experience of the 33 percent reservation to women in the Panchayat election has shown the difference they make.

“I have always said that women look at issues and problems differently. There is much more of a human touch when women become decision makers,” Alva told UNI.

“All the reports on the functioning of Panchayats after women’s reservation came showed the agenda, the atmosphere changed and the development agenda came with a human face.

“It is not just roads and buildings, it is things like primary health center, drinking water, Anganwadi are now being given priority,” she said.

“When women come in large numbers they are able to influence policy, bring in change,” said Alva.

Asked about her views on the Women’s Reservation Bill, which was passed by Rajya Sabha in 2008 through the Constitution (One Hundred and Eighth Amendment) Bill, but was never taken up by the lower House, she said, “If this government wants, the Women’s Reservation Bill can be passed in half a day… this Bill has been passed in Rajya Sabha, you have an overwhelming majority in Lok Sabha, and all big parties are supporting it.

“If you are serious about empowering women, why aren’t you bringing the Bill and passing it, and giving women their due share and place in decision-making,” she questioned.

Alva also said after ‘Beti Bachao, Beti Padhao’, one of the flagship programs of the Bharatiya Janata Party (BJP) led government, it should now be on “Beti Jitao” (let daughters win).

The Women’s Reservation Bill or The Constitution (108th Amendment) Bill, is a bill that proposes to amend the Constitution to reserve one-third of all seats in the Lok Sabha, and in all state legislative assemblies for women.

The seats were proposed to be reserved in rotation and would have been determined by the draw of lots in such a way that a seat would be reserved only once in three consecutive general elections.

However, the Lok Sabha never voted on the bill.

As per experts, the bill has lapsed as it was still pending in Lok Sabha after the term of the House expired.

Bills with the Lok Sabha lapse after the term of the House ends. However, Bills that are property of the Rajya Sabha do not lapse as it is a permanent house, and not subject to dissolution.