A tiny trouble state like Manipur is surviving by overcoming all hurdles through the policies of Chief Minister N. Siren where every corner of the state extended maximum cooperation so that we all remain saved once again and live a normal life 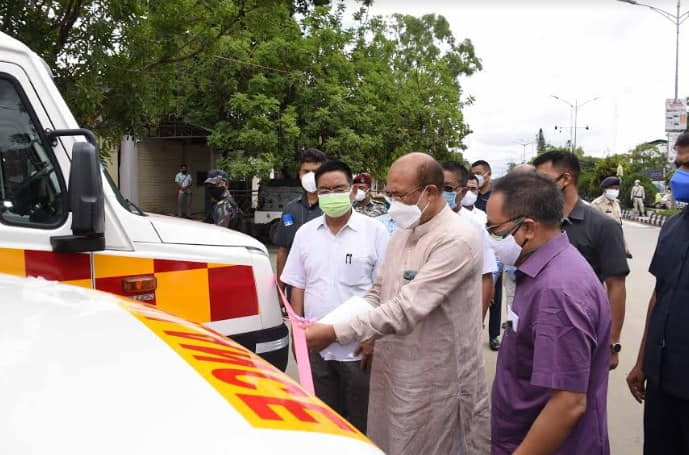 Imphal:  Stating that the recent ‘media war’ between the ruling government and opposition Congress of Manipur over alleged misstatement of Chief Minister N Biren Singh is unfortunate, Yang Raphei Conference, a social organization-based in Ukhrul, said that this happened when the state is reeling under difficult times due to global pandemic to which many people from our state succumbed with tragic end.

The ruling government, in spite of all odds, is doing all it can to control the deteriorating pandemic situation of the state. And it’s time for all stakeholders to shed their differences and come together in fighting the dreaded disease so that life and security of the poor is saved, said a statement by the organization. Mudslinging among our leaders at this painful moment is not a healthy development rather it may hamper health workers and experts from containing the grim situation, it added.

The conference further charged that the allegations made by president Manipur Congress Committee Govindas Ningthoujam against Biren Singh government for looting the pockets of poor people on account of price rice in petrol in the state is very immature and undermining his own position as a legislature.

It further reminded that Govindas Ningthoujam is very much part of the government as a legislature…Nation is in great depression due to collapse of economy on account of pandemic occurrence. Natural calamities are beyond human control. At this juncture millions of citizens are in panic and dying disease had caused so much hardship to all citizens for not availing essential commodities.

A tiny trouble state like Manipur is surviving by overcoming all hurdles through the policies of Chief Minister N. Siren where every corner of the state extended maximum cooperation so that we all remain saved once again and live a normal life. We have a provision of free distribution of ration, free vaccinations, MGNREGS, availing PM Kisan fun, PM and CM health card etc. which really lighten the burdens of the poor people, said the statement signed by its president Shimreishang Haorei.

“It is your duty to see whether all these facilities are enjoyed by your members in the assembly constituency and not rather alleging Government where you are in. The rising prices of any product are not a new thing especially in petroleum which is not in the hands of the state government,” said the Conference.