Governor applauded the relentless efforts of the ALGLNKSC in upholding the tradition of observing the Memorial Day of the auspicious halting of Lord Shree Shree Govindajee at the Mandop for the last eight decades. 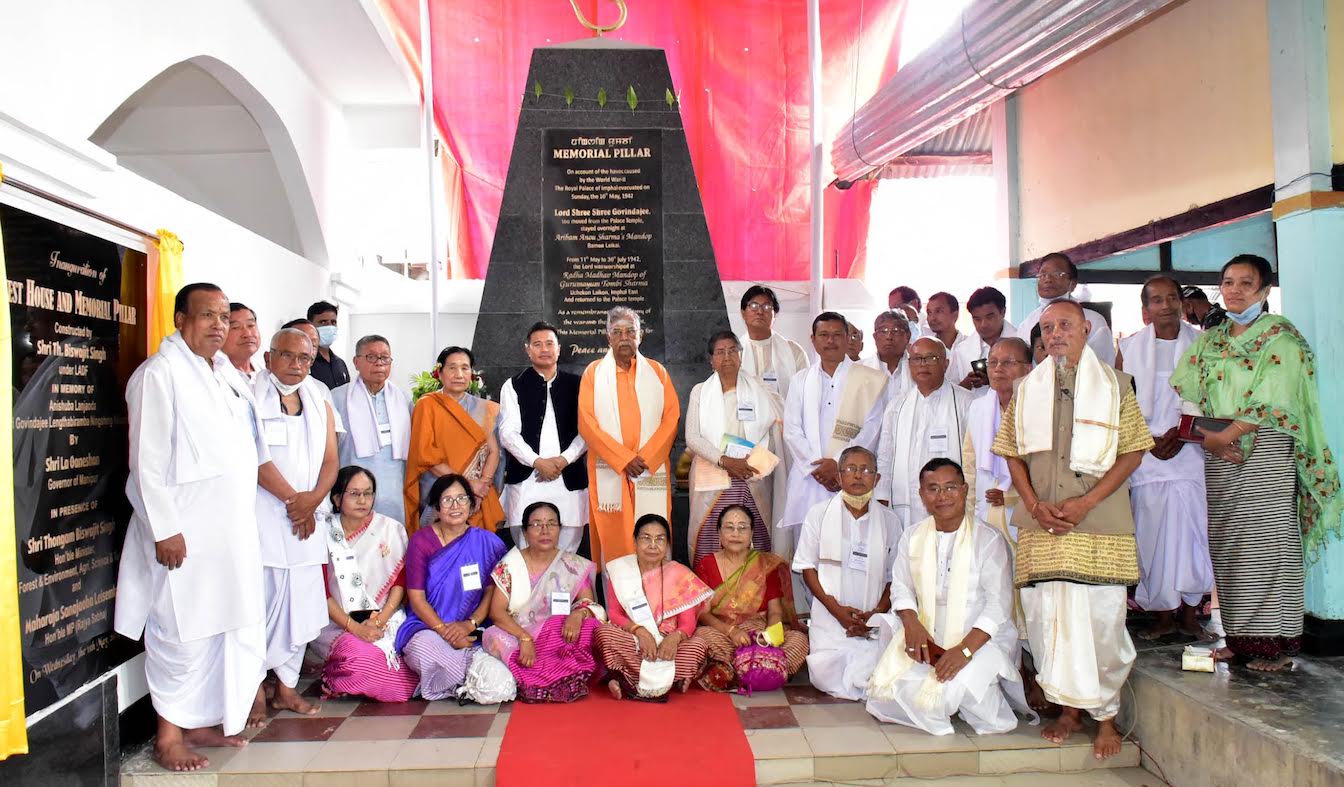 Governor Ganesan, addressing the gathering as chief guest, encouraged the people to render yeoman services whenever the necessity arose. Man is born to do something in this world. The role of God is to create human beings with a purpose and we should perform our duties in whatever way we can, he added.

Governor applauded the relentless efforts of the ALGLNKSC in upholding the tradition of observing the Memorial Day of the auspicious halting of Lord Shree Shree Govindajee at the Mandop for the last eight decades.

Appreciating the initiatives taken up by the Seva Committee and Minister Th. Biswajit especially, for the welfare of the people, Governor said that he firmly believed that the Committee will extend its help and co-operation to the needy people irrespective of positions. He also urged the representatives of the state to work with sincerity, honesty, dedication and transparency to win the heart of the people.

Iningthou Leishemba Sanajaoba, MP, Rajya Sabha, extended his gratitude to the Governor of Manipur for encouraging the members of the Seva Committee and also Minister Th. Biswajit Singh for constructing the Guest House and the Memorial Pillar under his initiative. Taking the opportunity of the presence of the Governor, Iningthou Leishemba Sanajaoba requested the Governor to take up necessary action for improving the road conditions from Wangkhei to Yairipok in the larger interest of the general public.

Power, Agriculture, Forest & Environment and Science & Technology Minister, Th. Biswajit Singh, said that the construction of the Memorial Pillar and the Guest House has been achieved after many struggles and it shows the dedication of the Seva Committee and the people of the constituency.

Highlighting the importance of installing the Memorial Pillar and constructing of the Guest House, the Minister said that the future generation will remember the history of the state related to this particular site which will become a tourist spot. He urged the Seva committee to publicize the importance of this site all over Manipur and to invite them to visit and avail the facilities provided at this site.

Minister also proposed setting up of a garden after acquiring land from the nearby area and upgrading the Mandop to make the people, coming from different parts, to understand the historical importance of the Memorial Pillar and the surrounding area. He said that the site has become a public property and drew the attention of the Governor to extend support in developing the area as a popular tourist spot.

It is worth mentioning that the Memorial Pillar and Guest House were constructed in memory of Anisuba Lanjaoda Shri Govindajee Lengthabiramba Ningshing Khubam (ALGLNK) by Minister Th. Biswajit Singh, under the MLA Local Area Development Fund (LADF) provided by the government for small development projects in their respective constituencies.

The Memorial Pillar, dedicated to Peace and Unity, was built in remembrance of the agony of the war and the historic event that occurred during World War II leading to the evacuation of the Royal Palace of Imphal on May 10, 1942 along with Lord Shree Shree Govindajee at Uchekon Laikon, Imphal East. The Lord was worshipped at Radha Madhav Mandop of Gurumayum Tombi Sharma from May 11 to July 30, 1942, before returning to the Palace temple.

Governor along with Iningthou Leishemba Sanajaoba and Shri Th. Biswajit Singh also released a Souvenir during the inaugural function.