The Independence of election commission cannot be compromised in a democracy. Entrusting additional charge of State Election Commissioner to a government official in power is a mockery of the constitution 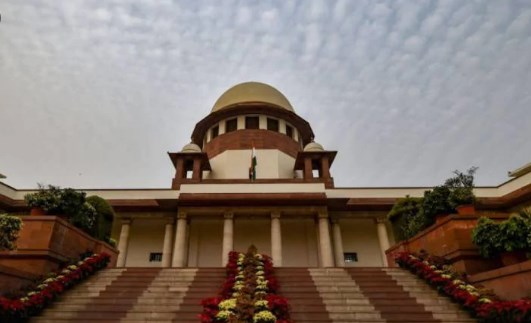 New Delhi: Election commissioners in any state must be independent persons and not appointed by the state government, the Supreme Court said Friday in a case involving civic body elections in Goa, NDTV reported.

The Supreme Court also rebuked the Goa government for appointing its law secretary as state election commissioner to oversee municipal council polls, which were to be held in February last year.

“The Independence of election commission cannot be compromised in a democracy. Entrusting additional charge of State Election Commissioner to a government official in power is a mockery of the constitution,” said Justice Rohinton Fali Nariman, who led the three-judge bench hearing the case.

Justice Nariman called it “a disturbing feature that a government servant, while being in employment with government, was in charge of the Election Commission in Goa”.

The officer attempted to overrule the High Court’s decision on the polls, the court noted, ordering that the polls be held before April 30.

The Supreme Court was hearing the Goa government’s challenge to a High Court order cancelling elections to five municipalities — Margao, Mapusa, Mormugao, Sanguem and Quepem — for not reserving seats for women. The order was put on hold by the top court in the previous hearing.

The High Court had acted on a petition alleging irregularities in the reservation of municipal wards for women and Scheduled Caste categories. When its ruling was put on hold, the Goa State Election Commission on Thursday announced elections for the five municipal councils on March 21.

Mangaluru:Mangaluru has found its name in the list of yet another controversy after some students were suspended for dancing...
Nation