“The police shall form special teams to identify the accused and a status report be filed on July 29 in connection with the violence,” the judge added. 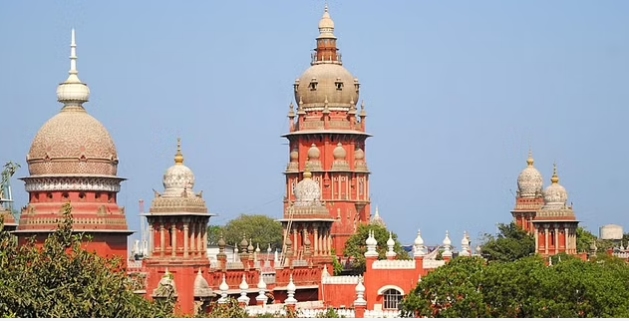 Chennai: A day after large-scale violence took place at a private residential school at Kaniyamoor near Chinna Salem in Kallakurichi district following the death of a 12th standard girl student, the Madras High Court on Monday ordered a fresh post-mortem of the deceased, while coming down heavily on the perpetrators of violence.

On a petition filed by the girl’s father, Justice N Sathish Kumar ordered a fresh autopsy by a team of three government doctors in the presence of the deceased’s father and his advocate and that the entire process should be videographed.

Meanwhile, a total of 329 people, including juveniles were arrested in connection with the violence, even as Tamil Nadu DGP C.Sylendra Babu said the investigation into the case was transferred to the Crime Branch-Criminal Investigation Department (CB-CID).

Observing that the peaceful protests turning violent suddenly did not appear to be a mere act of provocation, the Judge said it only appeared to be “an organized crime.”

Expressing a deep sense of anguish over the violence had created an impression as if Tamil Nadu was a State of lawlessness, the Judge directed the police to take it as a test case and ensure that the action taken against the perpetrators of the violence sends a strong signal to all others who might indulge in such acts in future.

The judge directed the police to form special teams to identify the miscreants who had instigated the protests, take stringent action and subject them to prosecution.

The court also directed the parents to accept the girl’s body after re-postmortem and conduct her funeral rites peacefully. The police should ensure law and order during the funeral rites,” the Court said.

The Court also laid down the regulations in future cases of deaths of students in educational institutions, saying that CB-CID police only should probe the case and a team of three doctors should conduct the autopsy.

The Judge also said that the Court will monitor the probe against the rioters and that the State police should not think that everything is over with this case and wanted them to think of this as a test case, to prevent such incidents in the future.

“The police shall form special teams to identify the accused and a status report be filed on July 29 in connection with the violence,” the judge added.

The Judge expressed his dissatisfaction against the litigant and state police for the “ law and order breakdown” in the school’s area.

The High Court insisted to the police that people who conducted parallel trials on social media, especially, on YouTube channels should also be traced.

While calling for a status report by July 29. the Judge also restrained the girl’s parents from giving interviews to the media since the police feared that it might aggravate the situation further.