Ganga Prasad sworn in as Governor of Manipur

Prasad will discharge the function of Governor of Manipur Najma Heptulla, in addition to his own duties during the latter’s absence on leave. 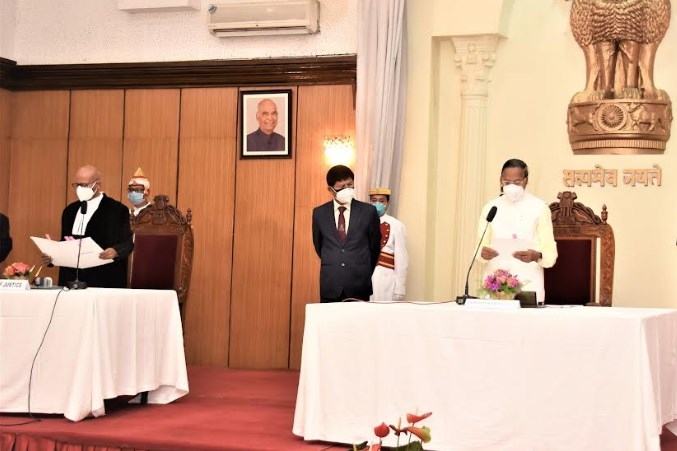 Imphal: Ganga Prasad was sworn in as the Governor of Manipur at a simple ceremony held at Raj Bhavan, here on Thursday.

Chief Justice of the High Court of Manipur PV Sanjay Kumar administered the oath of office and secrecy to him.

Prasad will discharge the function of Governor of Manipur Najma Heptulla, in addition to his own duties during the latter’s absence on leave. It may be mentioned that Ganga Prasad is also the Governor of Sikkim.

The ceremony was attended by Chief Minister N. Biren Singh, Deputy Speaker, Council of Ministers, Chief Secretary, Director General of Police, and other senior officials of the State Government and Senior citizens.

After the swearing-in-ceremony, the Governor also inspected a guard of honour.

A former member of the Bihar Legislative Council, Prasad was also the governor of Meghalaya.