Preliminary investigations revealed that the blast occurred due to friction while handling chemicals resulting in major fire. 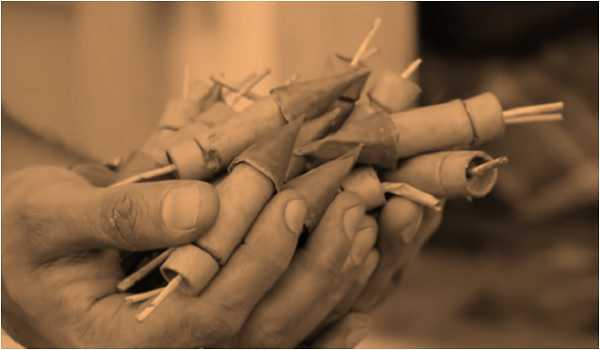 Virudhunagar: Four workers were killed and two others seriously injured in an explosion in a private fireworks factory at Mettupatti village near Sivakasi in this district on Saturday.

Police said the fire broke out in RKVM Fireworks Factory, this morning leading to a series of explosions that had razed down atleast seven warehouses and sheds, where huge stock of crackers and highly inflammable chemicals were stored.

Preliminary investigations revealed that the blast occurred due to friction while handling chemicals resulting in major fire.

Fire tenders rushed to the spot and were extinguishing the blaze.

The injured were admitted to the Centre of Excellence to treat Burn injuries at Sivakasi Government Hospital.

Senior revenue and police officials rushed to the factory to ascertain if there were any violations of safety norms.