With this, five militants -- including a top Lashkar-e-Taiba (LeT) commander -- have been killed by security forces during the last 24 hours in three separate encounters in Kashmir. 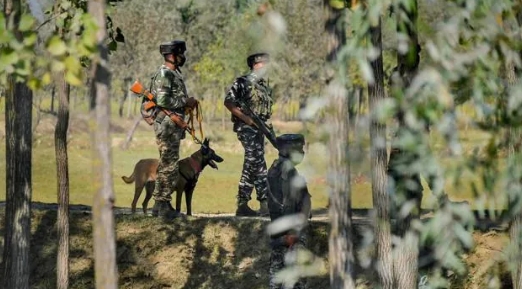 Srinagar: Four militants were killed in two separate encounters with security forces in the twin south Kashmir districts of Pulwama and Kulgam on Thursday.

With this, five militants — including a top Lashkar-e-Taiba (LeT) commander — have been killed by security forces during the last 24 hours in three separate encounters in Kashmir.

Official sources said that following specific information about the presence of militants a joint Cordon and Search Operation (CASO) was launched by the Special Operations Group (SOG) of J&K police, Army and CRPF at Puchal in Pulwama late last night.

However, they said when security forces were moving towards a particular area, militants hiding there fired at them with automatic weapons. “The security forces retaliated, ensuing in an encounter,” they said.

They said two militants were killed in the exchange of fire in the wee hours on Thursday, adding the operation was still going on when the reports last came in.

They said another encounter broke out between militants and security forces when a CASO was launched in Zodar area in Kulgam by a joint team of SOG, 1 Rashtriya Rifles and CRPF in the wee hours on Thursday. “Two LeT militants were so far killed in the exchange of fire,” they said, adding the operation was going on.

On Wednesday, a top Hizbul Mujahideen (HM) commander, who was apprehended on Tuesday during a naka checking, was killed in an encounter with security forces in Handwara in the north Kashmir district of Kupwara.