For BJP, serving people & welfare of poor is paramount

He added that the Prime Minister has given a new definition of politics, he has paved the way towards ending dynastic politics and moving towards Nationalism. 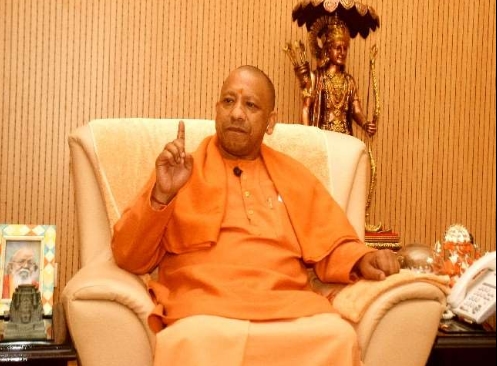 Gorakhpur: Affirming that the Bharatiya Janata Party under the vision and leadership of Prime Minister Narendra Modi works keeping the welfare of the poor and upliftment of every section paramount, Uttar Pradesh Chief Minister Yogi Adityanath said Friday.

He said the confidence in every Indian is a result of reformed governance and transparent policymaking.

Addressing the people at the inauguration ceremony of party offices in various districts by the BJP President Jagat Prakash Nadda, Yogi Adityanath said, “Today, the World’s largest political party is getting district offices in Gorakhpur, Siddharthnagar, Sant Kabir Nagar, Ayodhya, Rae Bareilly, Jaunpur, Aligarh and Baghpat. In 2014, the country took its first step towards transformation under PM Modi’s leadership. Today, the change is visible with every section experiencing development.”

Following the vision of Prime Minister Modi, today, the functioning of government has become transparent, corruption-free, and discrimination-free, due to which every poor, needy, woman, and youth is being benefited which has created a wide beneficiary class in the country as well as the state.

“Before 2017, the state governments acted as obstacles in the implementation of central schemes in Uttar Pradesh because of which the people remained deprived. Today, every poor is getting ration, youth is getting the benefit of Startup India, Digital India, women are being given protection and their upliftment is being ensured through various schemes,” he asserted.

Elucidating the progress of Gorakhpur, CM Yogi said JP Nadda earlier as the Union Minister of Health and Family Welfare made dedicated efforts to rid the region of diseases like encephalitis and also provided funds for setting up PICUs in Gorakhpur and Basti areas. “Today, the improved health care facilities in Gorakhpur show our efforts made towards ensuring that people get better medical care. AIIMS is also ready today to cater to the needs of people,” he said.

The Chief Minister went on to say that to impart world-class health care facilities to people, medical colleges are coming up in every district as per the target of One district, One Medical college.

Pledging to indulge in better social service, JP Nadda on Friday, during the inauguration of party offices said, “Offices function from 10-5, but BJP karyalayas function 24*7*365. These offices will be the sanskar-Kendra – a place where ideological unfoldment will take place.”

He added that the Prime Minister has given a new definition of politics, he has paved the way towards ending dynastic politics and moving towards Nationalism.

“It took 27 years to get the cure of chickenpox in India, 38 years for polio medicine, however, PM Modi‘s leadership made it possible for India to roll out not one but two vaccines for coronavirus. Today, poverty in India has also considerably decreased,” he said.

Nadda lambasted the Congress for using ‘Khadi’ just for politics and said that on the contrary, consistent efforts were made towards the promotion of ‘Khadi’ at the global level by the Prime Minister.