These schemes have assured the labourers of the recognition of their hard work and contribution, he said. 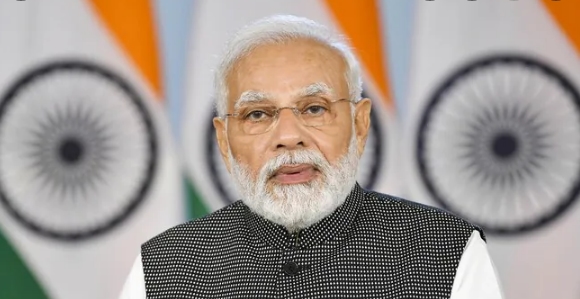 New Delhi: Prime Minister Narendra Modi on Thursday said that the Labour Ministry is preparing its vision for the year 2047 and “flexible workplaces, a work-from-home ecosystem, and flexible work hours are the need of the future.”

He was addressing the National Conference of Labour Ministers of all States and Union Territories via video conferencing.

He emphasised that India’s labour force has a huge role to play in realising India’s dreams and aspirations to build a developed nation and with this thinking, the country is working continuously for crores of workers from the organised and unorganised sectors.

These schemes have assured the labourers of the recognition of their hard work and contribution, he said.

“The Emergency Credit Guarantee Scheme, according to a study, saved 1.5 crore jobs during the pandemic… We are seeing that just as the country supported its workers in their time of need, in the same way, the workers have put their full strength into recovering from this epidemic,” he said.

The Prime Minister said that today India has once again become the fastest growing economy in the world, so a lot of credit goes to our workers, he added.

He further added that in the last eight years, the Government has taken the initiative to abolish the laws from the period of slavery that reflect the slavery mentality.

The two-day conference is being organised by the Union Ministry of Labour & Employment on 25-26 August 2022 at Tirupati, Andhra Pradesh.

The conference is being convened in the spirit of cooperative federalism to discuss various significant labour-related issues.

It will help create further synergy amongst the Centre and State Governments in formulating better policies and ensuring effective implementation of schemes for the welfare of workers, the PMO said.

Union Ministers Bhupender Yadav and Rameshwar Teli and Labour Ministers of States were among those present on the occasion.