The five Congress legislators led by their legislature party leader Dr Mazel Ampareen Lyngdoh recently met Chief Minister Conrad Sangma and handed him a letter of support to the government. 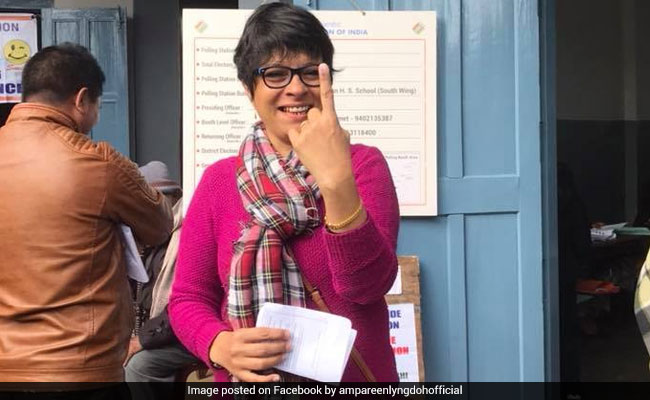 The five Congress legislators led by their legislature party leader Dr Mazel Ampareen Lyngdoh recently met Chief Minister Conrad Sangma and handed him a letter of support to the government. Apart from Lyngdoh, the other legislators who are likely to be suspended include Process T. Sawkmie, Mayralborn Syiem, Kimfa S Marbaniang and Mohendro Rapsang.

“The AICC is against this move and they are likely to be suspended. The party high command is not in favour of their decision to be part of the MDA government,” he told reporters after chairing the party-state executive meeting since he took over as state party president last year. “A show cause notice would be issued to them asking why they shouldn’t be expelled from the party,” he said.

This development came after 12 legislators from Congress had already merged with the Trinamool Congress. If these five legislators are expelled, the Congress, which won 21 seats in the 2018 Assembly elections, would be left with no Congress legislators representing the party in the 60-member House assembly.

Stating that the five legislators took a unilateral decision of joining the MDA government, keeping self-interest first instead of the party, Pala said the “Congress High Command is not in favour” of their decision. “The CLP leader and the MLAs didn’t consult the Meghalaya Pradesh Congress Committee or the AICC before taking a decision to join the MDA government,” he said.

“The party is not dependent on individual leaders, but is dependent on the party workers who spend sleepless nights to ensure the party’s victory,” Pala asserted. Moreover, he said that he has got hints of their next move and likewise the party is working on the ground so that the Congress’ prospect is not affected in the 55, out of the total 60 Assembly segments just due to five individuals.

Meanwhile, Congress legislators Syiem and Rapsang said that they would continue to be with the Congress party, but said the decision is left with the Congress. ” I am a Congressman and with the party and will stick to it. I cannot say much on this development as the ball is in the court of the party,” Syiem said.