The siblings have been in the fish business for long and every morning they used to go to the Lake to bring fresh fish consignments. 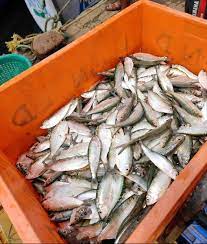 Agartala: Two persons were arrested on Sunday in connection with a firing incident in which a fish trader was killed and his two brothers sustained serious injuries in Tripura’s Gomati district.

Assistant Inspector General of Police (Law and order) Subrata Chakraborty said during the preliminary investigation, police have detained two Chayan Kumar Chakma (24) of Rambhadrapara and Ranjit Tati (31) of nearby locality Karaichara and prima-facie evidences= indicated that Saturday’s incident was a fall-out of personal enmity.

However, further investigation by senior officers is underway. According to the report, 40-year old fish trader Shitan Das was fatally shot and his brothers – Jitan Das (46) and Litan Das (36) – all hailing from ITI Para of Jatanbari, received serious bullet injuries when miscreants fired upon them at distant Rambhadrapara under Nutanbazar police station limit of Amarpur.

Bot the injured are undergoing treatment at Agartala Government Medical College. The miscreants opened fire on the brothers from a hillock when the three motorbike-borne victims were proceeding towards Mandirghat of Dumbur Lake of Gandacherra sub-division to by the fish stock. The siblings have been in the fish business for long and every morning they used to go to the Lake to bring fresh fish consignments.

Jiten Das told police that the miscreants stopped them at Rambhadrapara on Jatanbari-Dumbur road and assaulted them physically. When they tried to run away, the miscreants opened fire which killed Shitan Das on the spot while Jitan Das and Litan Das managed to flee with bullet injuries and alarmed the villagers.

The villagers took them to hospital and later police reached the spot and launched a hunt for the miscreants along with a dog squad and forensic team and arrested two persons on the charge of carrying out the crime, police said. Tripura Fish Traders Association demanded a compensation of Rs 20 lakh for the family members and a government job to a member of the deceased’s family and Rs 5 lakh to each of the injured persons.