The fire was in the hospital's COVID-19 ward, in which 17 patients had been admitted. 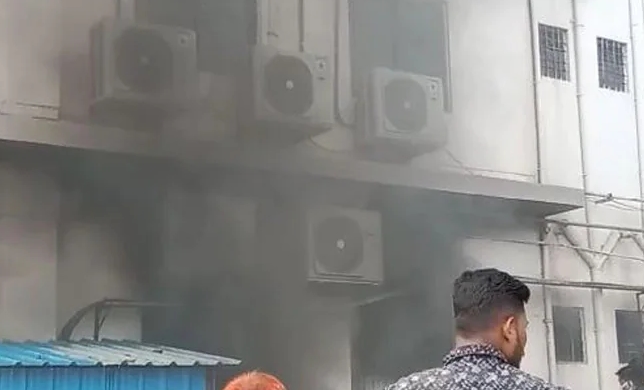 Ahmednagar: At least ten patients have died after a fire broke out in the ICU (intensive care unit) of the Civil Hospital in Maharashtra’s Ahmednagar Saturday morning. Another patient has been seriously injured, the NDTV reported.

The fire was in the hospital’s COVID-19 ward, in which 17 patients had been admitted.

The remaining patients have been shifted to a Covid ward in another hospital, Dr Rajendra Bhosle, the District Collector, told reporters, adding that a ‘fire audit’ of the structure had been conducted.

The cause of the blaze, which has now been extinguished, is as yet unknown, but preliminary investigations by the fire department suggest it started due to an electrical short circuit, Dr Bhosle said.

Visuals show smoke pouring out of the lower floors of the hospital. Others show some people slowly re-entering the ward after the fire was put out, with soot-stained walls and broken ceiling panels visible.

Other videos show the heart-breaking sight of doctors desperately trying to revive some of those caught in the fire, and those fortunate to be shifted out can be seen waiting in the courtyard.