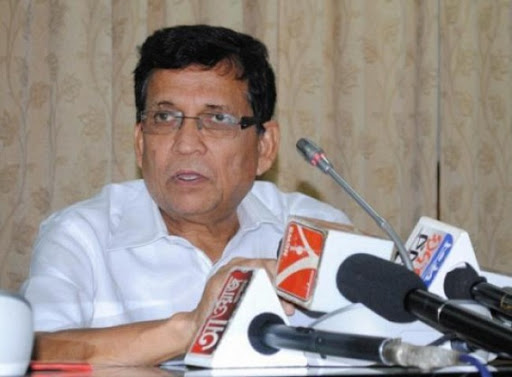 Agartala: The vigilance wing of Tripura police has filed an FIR in Bodhjungnagar police station of eastern Agartala against senior CPI-M leader and former industry minister Pabitra Kar last night accusing him of being involved in corruption and financial offences.

“We have registered the case under section 13(2)/13(1)(C) of Prevention of Corruption Act and as per law, such high profile cases have to be investigated by Deputy Superintendent of Police level officers. The sub-divisional police officer of New Capital Complex Piya Madhuri Majumder has been assigned for the case as investigating officer,” OC Bodhjungnagar police station Tapas Malakar said.

Kar was minister of Industries and IT in 3rd and 4th left front government under Manik Sarkar in 1998 and 2003 but he was excluded from the cabinet in 2006 after the 91st amendment of the Constitution, which stipulated the strength of a council of ministers should not exceed 15 per cent of the total number of members barring an exception to the smaller states.

After exclusion from the cabinet, Pabitra Kar was nominated as Chairman, Tripura Industry Development Corporation (TIDC). Allegedly, during vigilance inquiry, it was found that at his tenure as a minister of industries and commerce and information technology, Kar had misappropriated a huge fund misusing the power as a minister. Some irregularities were found during his Chairmanship of TIDC, which have claimed to attract panel action under the Prevention of Corruption Act.

However, investigating officer Ms Majumder said she has not yet received the case ducat.

A year after assuming office, Chief Minister Biplab Kumar Deb had accused veteran CPI-M leader and former PWD minister Badal Choudhury, former Chief Secretary Y P Singh and former Engineer-in-Chief Sunil Bhowmik of Rs 600 Cr corruption. All three accused were arrested and served in jail for three months but police are not yet able to file a charge sheet against any of them.