West Agartala Police Station has accepted the complaint last evening from Tripura Employees Coordination Committee but didn't register the case, as it required ascent of the assembly Speaker, police said 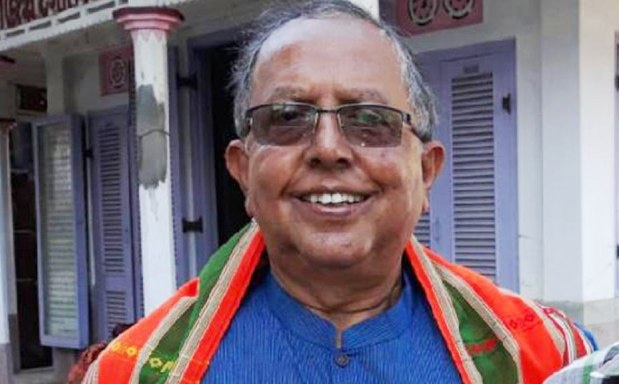 Agartala: A complaint has been lodged against Deputy Speaker Biswabandhu Sen for his recent statement, instigating the BJP cadres to “break the bones” of the government employees if they demand any benefit, as according to him a section of the employees have been conspiring against Biplab Kumar Deb government.

West Agartala Police Station has accepted the complaint last evening from Tripura Employees Coordination Committee but didn’t register the case, as it required ascent of the assembly Speaker, police said, adding that as procedure the complaint was forwarded to the upper level of police to seek the sanction of the appropriate authority.

If they get a sanction, police will begin the investigation based on the complaint, a police officer said. The complaint alleged that as many as three government employees posted in Dharmanagar in North Tripura were assaulted by unruly cadres of BJP followed by the speech of Biswabandhu Sen.

Allegedly, Sen while addressing Yuba Morcha cadres in Dharmanagar of North Tripura on Aug 13 last had advised to ‘break the bones’ of such employees who are still active for CPI-M. There are a maximum of 60-65 such employees working in SDM’s office, DM’s office, electric office and transport

office in North Tripura who are getting salary without performing any duty years after year.

“We have to break the bones of those and teach them a lesson to restrain them from going against us but to propagate the good deeds of the Biplab Deb government,” Sen was heard of speaking in the gathering adding that these employees always talk only of salary, DA, increment and do precious little as part of their duties.

He further stated, “They are all agents of evil forces like the CPI (M) and work against the state government; you should break their bones following the example of our workers and supporters who chastised 60/70 of them in the past.”

After the speech went viral on social media the employees body had urged to take action against the Deputy Speaker, as such speech would encourage the criminals and corrupt individuals who have been trying to obtain illegal favour from the employees. But, there was no action from the government or the Governor.

The complaint alleged that after Sen’s statement, Revenue Inspector Babul Malakar was attacked by miscreants on August 26 last. A day after the incident two more employees of Dharmanagar SDM’s office – Jharnamoy Debnath and Tinku Deb have also been assaulted by the miscreants referring to the statement of Deputy Speaker.

The employee’s coordination committee general secretary Swapan Bal told the media if the police didn’t register FIR following pressure from the government, they will move to court seeking justice and security of the government employees who have been working for the elected government.