The 36-year-old defended herself after being seen dancing with friends and celebrities in the leaked footage, BBC reported. 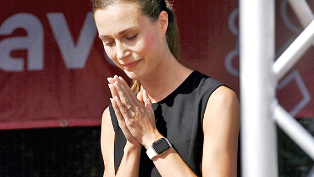 Helsinki: Finnish Prime Minister Sanna Marin has been cleared of misconduct after a video in August showed her partying.

The 36-year-old defended herself after being seen dancing with friends and celebrities in the leaked footage, BBC reported.

Dozens of complaints are understood to have been filed, alleging Marin’s behavior undermined Finland’s “reputation and security”.

But Chancellor of Justice Tuomas Poysti concluded that Marin had not neglected her duties as Prime Minister.

There was “no reason to suspect the Prime Minister of unlawful conduct in the performance of her duties or of neglect of her official duties”, he said after an official inquiry, the BBC reported.

Marin took a drug test “to clear up any doubts”, after some suggested comments heard on the video referred to narcotics. The test came back negative.

At the time, the Prime Minister said the video had been filmed on “private premises” and that she had spent “an evening with friends”.

Asked about the video, she told reporters: “I am human. And I too sometimes long for joy, light and fun amidst these dark clouds.”

The incident led to many women coming out in support of Marin. In Finland, women took to social media to post videos of themselves dancing in solidarity, the report said.

Marin was catapulted to power in 2019, becoming the world’s youngest serving Prime Minister at the age of 34. She is seen as a left-winger who strongly advocates for Finland’s welfare system.