Omar Baalousha, in his 40s, came to Saad Saiel public hall early to save a front seat to watch the matches that aired on a big-screen television placed at the center of the hall. 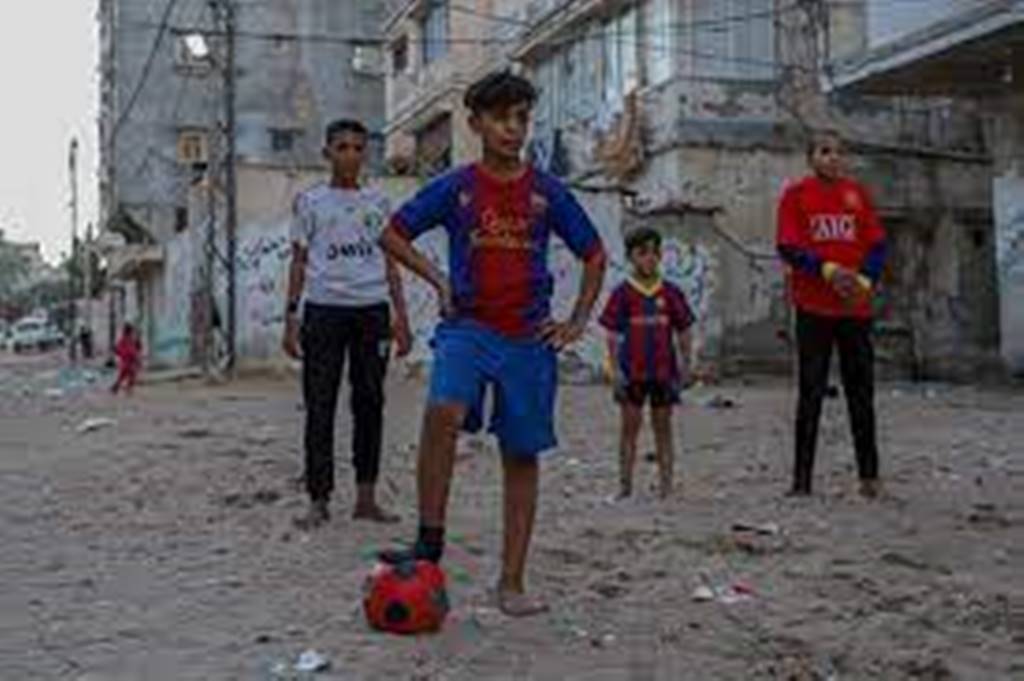 Gaza:Harsh living conditions in Gaza, the besieged Palestinian enclave, have not tempered the residents’ passion for the ongoing FIFA World Cup, which is being held in the Middle East for the first time.

Omar Baalousha, in his 40s, came to Saad Saiel public hall early to save a front seat to watch the matches that aired on a big-screen television placed at the center of the hall.

“Here, I could feel the full extent the enthusiasm of other fans who react to each goal, as if I were in the stadiums in Qatar,” the father of six told Xinhua, flashing a smile.

He also noted that the frequent electricity shortages in Gazans’ homes as well as the expensive fees of sports channels are also the reasons for many people going to cafes and public halls to watch the games.

The ongoing World Cup has never been close to people in Gaza as the strict blockade imposed by Israel has made going to Qatar for World Cup unlikely for most Gazans.

But watching the games is a joy that rarely comes and is treasured by many Gazans.

“Such moments help us forget our difficult lives, and the Gazans’ passion for football has proved that we have never lost our love for life,” said Baalousha.

Palestinians in Gaza have been living under a tight Israeli blockade since the Islamic Resistance Movement (Hamas) took control of the Strip in 2007.

While many people choose to watch the games in cafes, Abu Mohammed al-Jaal has provided a different solution.

The 62-year-old Palestinian put up his television in front of his house and invited all his relatives and neighbors to watch the games.

“There are a lot of people who cannot pay fees for cafes or even pay for transportation to reach the public halls airing the matches. So, I came up with the idea to create our own happy atmosphere in my neighborhood,” said al-Jaal.

“This gathering helps us forget our daily woes — high prices, gasoline, electricity and other exhausting details,” he said.

“During the World Cup, we talk about funny shots, expectations, surprises and shocks,” he added.

Mohammed Baker, a boy from al-Shatei refugee camp in western Gaza City, also gets a taste of the global football festival as he runs in the narrow alleys with his friends, trying to “re-enact” the matches they watched on the previous nights.

“We come here to play football, imitating our favourite players. Someday, we will become famous players not only in Gaza but also in the Middle East region,” said the 12-year-old boy, who called himself “Ronaladito” to honor his idol, the Portuguese football icon Cristiano Ronaldo.

“Although we live in harsh conditions here in Gaza, we should find happiness and remain opitimistic whenever it’s possible,” the boy said .