Argentina will take on the winner of semifinal between Franceand Morocco in the final, scheduled on Sunday. 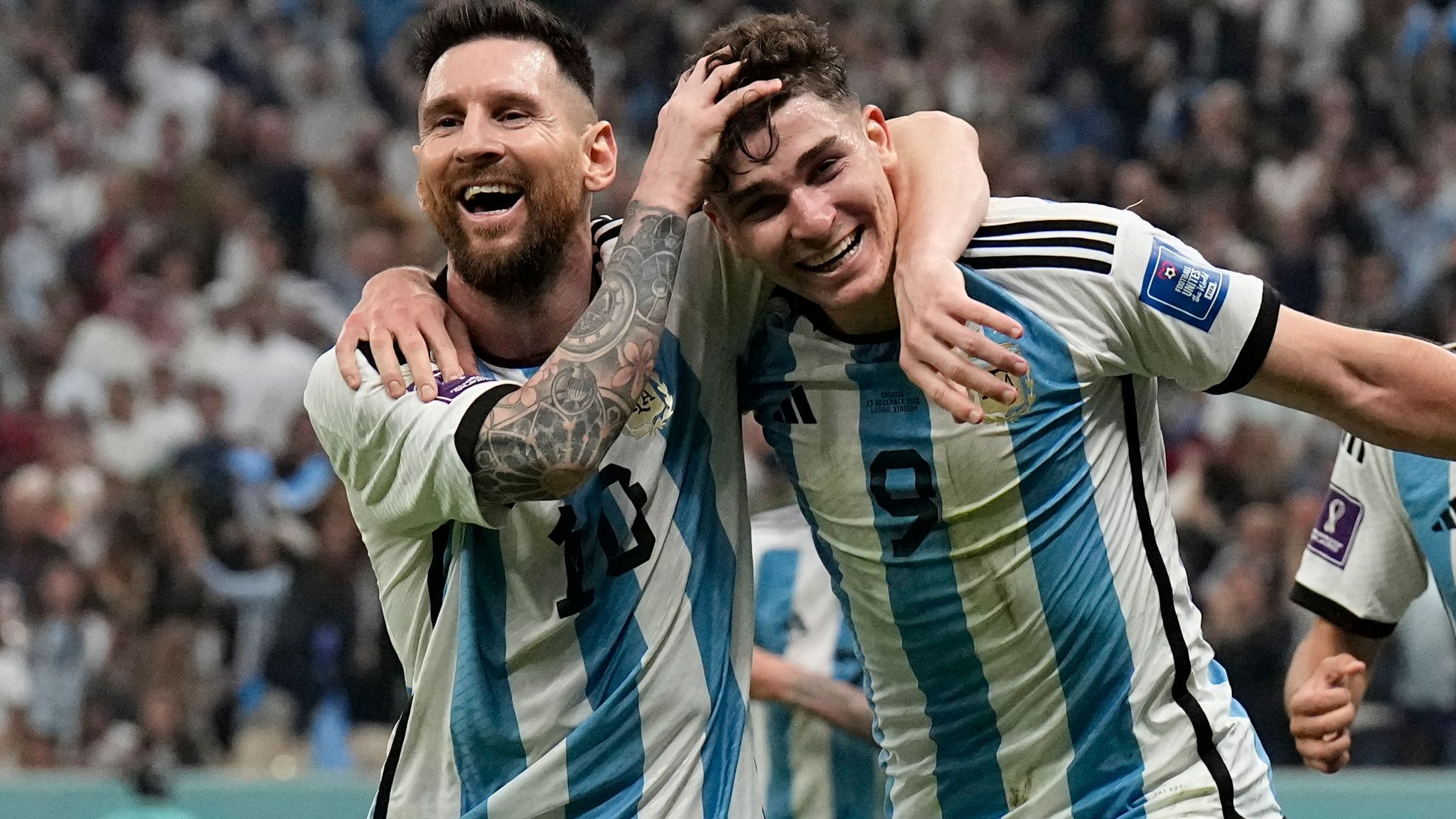 Lusial (Qatar):Lionel Messi and Julian Alvarez powered Argentina to the World Cup final with a 3-0 win over Croatia here at Lusail stadium.

Argentina will take on the winner of semifinal between Franceand Morocco in the final, scheduled on Sunday.

Messi put Argentina ahead in the 34th minute by rifling home from the spot after Croatia goalkeeper Dominik Livakovic clattered into Alvarez when he was through on goal in Tuesday’s game.

He opened the scoring with a first-half penalty to give Argentina the lead with Alvarez scoring either side of half-time against Croatia.

Alvarez made it 2-0 in the 39th minute when he gathered the ball in his own half before embarking on a brilliant solo run and bundling home from close range.

He doubled his personal tally in the 69th minute with a close-range finish after Messi twisted past his marker and crossed from the right byline.

Messi’s assist for the third goal was not only exquisite but added another little bit of history to his long catalogue of accomplishments; he is the first player to score and assist in three different games in a single edition of a World Cup since 1966.

Argentina have scored 12 goals in the tournament with Messi claiming five of them and setting up another four.

The Argentine great has joined an elite group of big-name FIFA World Cup stars who have scored in each knockout round prior to the Final.

Messi is the sixth player in FIFA World Cup history to score in the round of 16, quarter-finals and semi-finals in a single edition of the competition following Salvatore Schillaci (1990), Roberto Baggio (1994), Hristo Stoichkov (1994), Davor Suker (1998) and Wesley Sneijder (2010).

“I don’t know if it’s my best World Cup or not. I’ve been enjoying this for a while. We were confident this group was going to pull it off. We know who we are, and we asked people to believe in us,” Messi said.

“We have been through tough situations, others very good. Today, we live something spectacular. I am enjoying with all these people and with all the Argentines who are in our country. I imagine it must be crazy. We knew we weren’t the top candidates, but we weren’t going to give anything to anyone. We were demonstrating it game-by-game. Argentina is, once again, in the final of the world. Enjoy,” he added.