Lionel Messi cannily broke the deadlock and Julian Alvarez double the lead before the hour here at Al Rayyan Stadium on Saturday night. 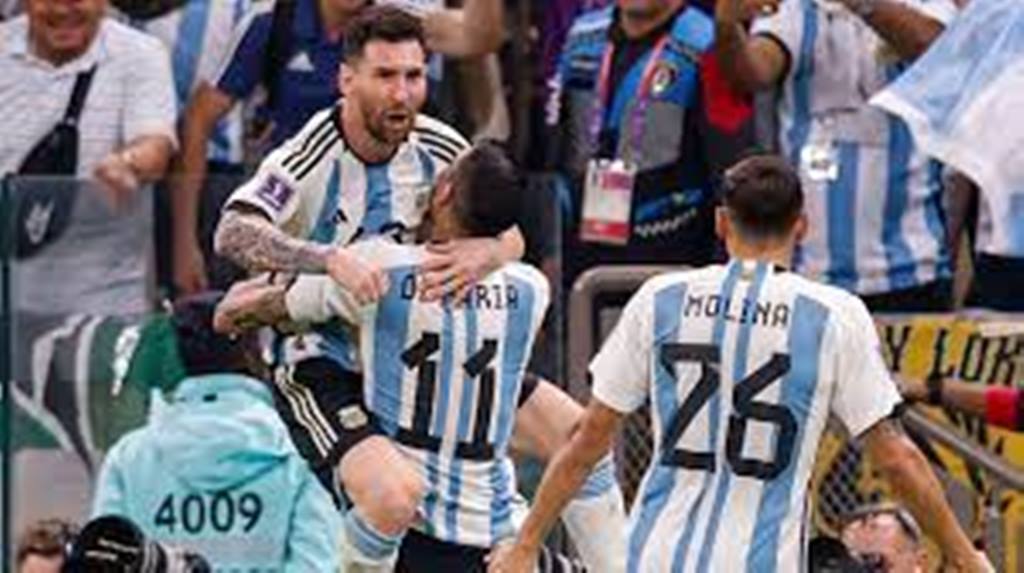 Al Rayyan: Experience and youth combined to earn Argentina a 2-1 win over Australia and a last-16 date with the Netherlands at Qatar 2022.

Lionel Messi cannily broke the deadlock and Julian Alvarez double the lead before the hour here at Al Rayyan Stadium on Saturday night.

The Socceroos nonetheless gripped on to their towel. From one assault on the Albiceleste goal, Craig Goodwin’s fierce hit took a huge deflection off Enzo Fernandez and halved the deficit. From another, Aziz Behich threatened to score a goal of the tournament contender.

That proved the Aussies’ last shot. They return Down Under having done themselves proud. The Argentinians, deserved winners overall, look ahead to a mouth-watering clash with the Netherlands.

Australia were defending infallibly. Argentina hadn’t created anything. Then Messi decided enough was enough. He was involved in the build-up before collecting Nicolas Otamendi’s lay-off and squeezing the ball into the bottom corner.

Messi, at 35 years and 162 days, became Argentina’s oldest marksman in the World Cup.

It was also Messi’s ninth goal in the competition, taking him past Diego Maradona and Guillermo Stabile among Argentinians, shy only of 10-goal Gabriel Batistuta.