Every achievement is result of team effort: Savita

If one of us is nominated, each and every member of the team receives appreciation and this is what makes me happy," the 32-year-old added. 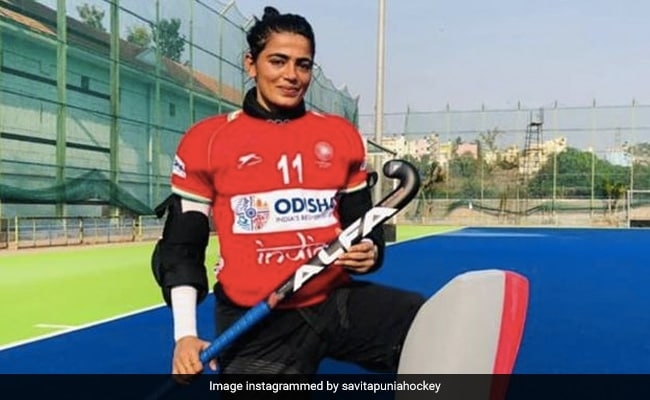 Bengaluru: Indian women’s hockey team goalkeeper Savita Punia expressed her gratitude for being nominated for the FIH Women’s Goalkeeper of the Year Award 2021-22 and said that the support from her teammates and coaching staff has proven to be helpful.

Savita, who had won the Award in the same category in the previous edition, feels she is moving in the right direction.

“I feel quite good about being nominated in consecutive years. Getting a nomination again makes me feel that I am moving in the right direction in training. The coaching staff and the players have been quite supportive. We have always worked together in every competition. No achievement is an individual achievement for any of us, but the result of team efforts,” Savita said.

“As a goalkeeper, my job is to ensure my team feels happy with my performance and we all strive to help each other out in achieving the results. If one of us is nominated, each and every member of the team receives appreciation and this is what makes me happy,” the 32-year-old added.

Savita led the team in the debut season of the FIH Pro League 2021/22 where the team finished in the third position. She also captained the side at the Birmingham 2022 Commonwealth Games where India beat New Zealand 1-1 (2-1 SO) to win the coveted bronze medal.

Speaking on the dual responsibilities, Savita said: “The position of goalkeeper is a different responsibility. As an experienced goalkeeper, I always train with the mindset that I have to help the team. As a Captain, your responsibility increases because you have to take care of your game and also manage the performance of your team.”

“It is possible that someday your team might not be performing well, so you have to motivate them as captain. But working under chief coach Janneke Schopman, we are able to divide the responsibilities among ourselves, so I feel it has helped me in playing freely, without feeling the pressure,” she added.

India women returned to the training camp on August 29, as they prepare for the upcoming FIH Hockey Women’s Nations Cup set to be played in December. The team is also looking forward to the upcoming Asian Games set to take place next year.