At the same time, the spokesman noted that the EU's sanctions imposed against Iran were adopted on "clear legal grounds" and based on human rights violations in the country. 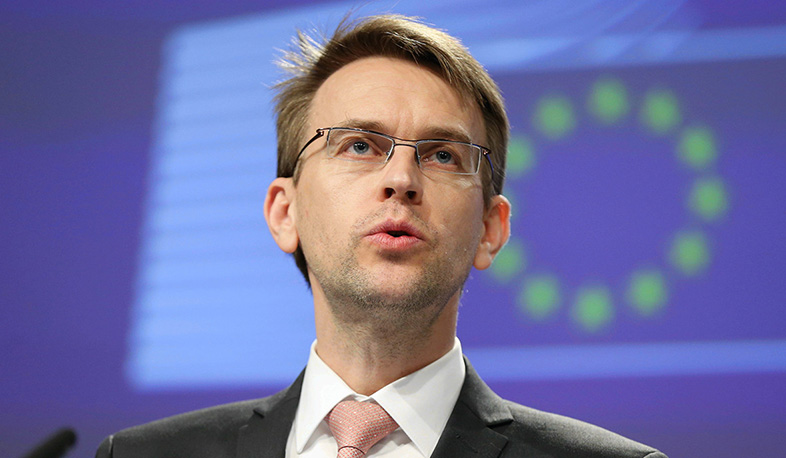 Moscow: The European Union rejects the “politically motivated” sanctions imposed by Iran against individuals and entities from the EU and does not plan to change its policy toward Tehran, EU foreign affairs spokesman Peter Stano said on Thursday.

“We noted the announcement by Iranians about sanctioning 12 individuals and eight entities from the European Union. I can only say that the European Union rejects these sanctions, as they appear to be purely politically motivated,” Stano said at a briefing.

At the same time, the spokesman noted that the EU’s sanctions imposed against Iran were adopted on “clear legal grounds” and based on human rights violations in the country.

Stano also stated that the EU would continue its current policy toward Iran regardless of sanctions.

“We continue to call on the Iranian authorities instead of focusing on political retaliation and countersanctions to ensure the accountability and basic freedoms for its own population,” the spokesman added.

On Wednesday, Iran expanded its sanctions against the European Union by adding eight legal entities to the sanctions list, including the Persian editions of Deutsche Welle (DW, designated as foreign media agent in Russia) and French radio RFI, as well as 12 individuals.

On October 17, the EU imposed sanctions on 11 Iranian individuals and four entities, including Iran’s controversial morality police, due to the violent crackdown on mass protests in the country over the death of 22-year-old Mahsa Amini in police custody in September. Later, the EU included three more individuals and one organization from Iran in a new package of sanctions for allegedly delivering drones to Russia.