A Houthi drone attack on the international airport in Abha, the capital of Saudi Arabia’s Asir Region, injured at least eight people on Tuesday. 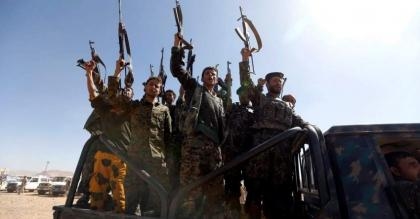 A Houthi drone attack on the international airport in Abha, the capital of Saudi Arabia’s Asir Region, injured at least eight people on Tuesday.

“We have seen reports of increased military activity in the area of Marib in Yemen and this past week has the Houthi attacks on a military base in Al Anat and against Abha international airport in Saudi Arabia which lead to civilian casualties. We, as the EU, condemn these cross border attacks that endanger civil aviation, deepen regional insecurity and they undermine efforts to end the Yemeni crisis,” Stano told a press briefing.
He argued that the EU saw no military solution to the conflict between the UN-recognized Yemeni government and Houthi rebels.

“There can be only a political solution to the crisis in Yemen and that’s why we keep calling to all parties of this conflict to cease hostilities and to engage constructively with the UN specially envoy,” Stano said.

Saudi Arabian media said the Saudi-led Arab coalition destroyed three drones in Yemeni airspace on Wednesday. The coalition intervened in the Yemeni war in 2015 to give air support to the ousted government.