The response Friday was filed hours after the judge overseeing the lawsuit against Musk set the week of October 17 for a 5-day trial. 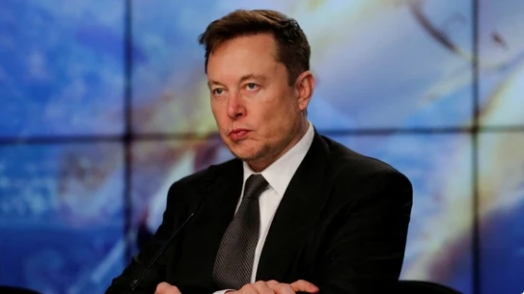 Washington: Elon Musk formally responded and filed a countersuit to Twitter Inc.’s TWTR 1.76 percent lawsuit seeking to force him to go through with his $44 billion takeover of the social media platform and included counterclaims against the company, The Wall Street Journal reported. T

The filing done on Friday was done confidentially away from the public eye.

According to reports one of the counterclaims by Musk is expected to center on the allegation that Twitter changed its number of monetizable daily active users shortly after agreeing to the deal, and then didn’t provide thorough responses to requests by Musk’s team for data on the spam number.

Musk’s response on Friday included a reference to the Warren Buffett quote: “Only when the tide goes out do you discover who’s been swimming naked,” the people said, a suggestion that Twitter has been obfuscating about spam and fake accounts because it knew the market downturn could reveal its weaknesses.

The response Friday was filed hours after the judge overseeing the lawsuit against Musk set the week of October 17 for a 5-day trial.

While Musk’s answer and counterclaims to Twitter’s lawsuit aren’t accessible, the billionaire chief executive officer of Tesla Inc. has been vocal about his reasons for wanting to walk away from the deal and indicated in previous regulatory and court filings how he may try to make his case for terminating the merger agreement.

He said in a regulatory filing earlier this month that he wanted out of the deal primarily because Twitter hadn’t provided the necessary data and information he needs to assess the prevalence of fake or spam accounts.

Twitter rejected that assertion and argued that Musk hasn’t adhered to the deal terms, including violating a nondisclosure agreement and then bragging about it on Twitter. The social-media company sued Musk on July 12 in Delaware Chancery Court, seeking to enforce the terms of the transaction.

In the regulatory filing to end the deal, Musk’s lawyer cited concerns over Twitter’s estimates about how many of its daily users are fake or spam accounts, an issue the billionaire had raised as a concern about the deal almost three weeks after he signed it. The company has said for years that it estimates fewer than 5 percent of its monetizable daily active users are spam and fake accounts, a figure Musk has disputed.

In a July 18 court filing opposing a request by Twitter for an expedited trial, the billionaire for the first time laid out publicly a clear timeline around his concerns over data about fake and spam accounts, and included new claims about Twitter’s level of cooperation on the issue.