Elders in Meghalaya voice concern over fall in education level

The Synjuk Ki Rangbah Kur urged the State Government and the Chief Minister in particular to “earnestly consider this matter of priority and to kindly respond to the urgent need of the hour”. 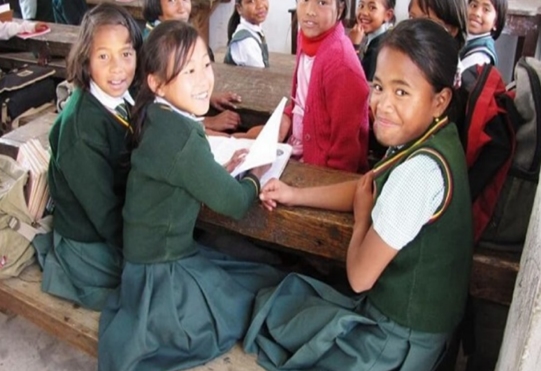 Shillong: In the wake of a Central government report that several northeastern states, including Meghalaya, Mizoram, Nagaland, Assam and Arunachal Pradesh are among the worst performers as per the latest performance Grading Index, the ‘Synjuk Ki Rangbah Kur’ Khasi- Jaiñtia (a conglomeration of clan elders) has expressed “deep disappointed” and urged Chief Minister Conrad K Sangma to take up immediate corrective measures.

“With profound sorrow concerning the plight of our younger generation in the future, the Synjuk Ki Rangbah Kur, Khasi-Jaiñtia, would like the Chief Minister to seriously look into the entire problem and system that led to this fallout. As a matter fact, we are of the view that those functionaries sitting at the helm of affairs controlling and directing the entire functioning of system in the state should be ashamed of themselves because of this type of picture they have contributed during their time in the education system in whatever capacity they may have been involved,” the conglomeration wrote to the Chief Minister on Wednesday.

“The citizens of this State should not be taken for granted and they are not the silent spectators of these kind of mismanagement affecting the future of our children. The government should do something to address the matter with a strong suggestion to thoroughly introspect the problem therein and by bringing in new and innovative development into the system. The Education Department seems to be running without clear objectives and goals and the issue as it appears requires wide consultation from all stakeholders as well as proper research should be taken up immediately to understand the grass root reality of this matter,” the letter to Sangma underscored.

The Synjuk Ki Rangbah Kur urged the State Government and the Chief Minister in particular to “earnestly consider this matter of priority and to kindly respond to the urgent need of the hour”.

The report, released recently by Union Education Minister Ramesh Pokhriyal said, “Two states – Bihar and Meghalaya – recorded lowest scores in this domain (infrastructure and facilities), which is a cause for concern.”

The report underscored that infrastructure, including school buildings and other facilities in government-run institutions were required to improve the primary education scenario in the state.