A bus carrying students of Thambalnu Higher Secondary School, Imphal slid down a gorge and was completely overturned. Three of those injured were critical. 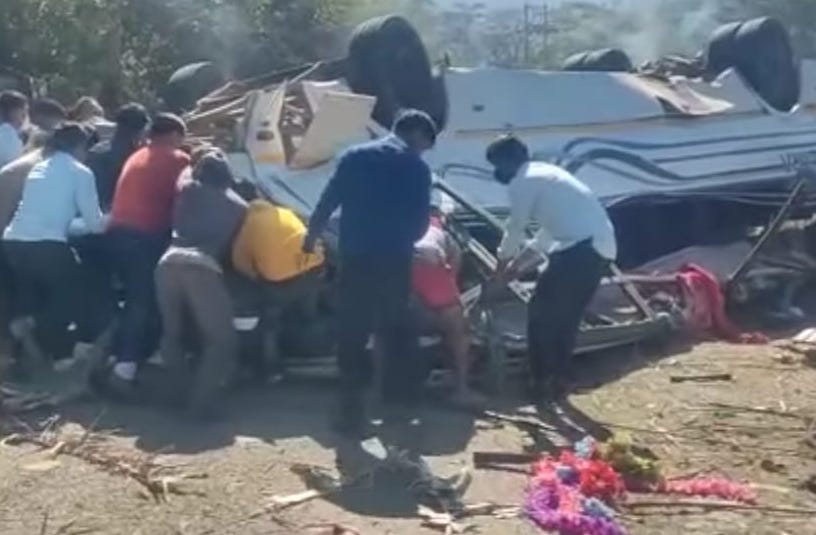 Imphal: At least eight students, mostly girls, were killed and nearly three dozen others injured when a bus met with a tragic accident near Khoupum, Tamenglong district on Wednesday.

A bus carrying students of Thambalnu Higher Secondary School, Imphal slid down a gorge and it was completely overturned. Three among those injured were critical .

Most of the injured were treated at Bishnupur district hospital and later referred to Imphal.

Police said that students were on an annual school study tour to Khoupum when the incident took place. Seven students have now been kept at the JNIMS mortuary for postmortem.

Meanwhile, Chief Minister N Biren Singh expressed shock over the Khoupum bus tragedy which claimed eight lives and left dozens injured. In a tweet, Biren extended his condolences to the bereaved families and hoped for the speedy recovery of those injured.

“Deeply saddened to hear about the incident of a bus carrying school children at the Old Cachar Road today. SDRF, medical team and MLAs have rushed to the site to coordinate the rescue operation. Praying for the safety of everyone in the bus,” Manipur Chief Minister tweeted.

Later in the evening, the chief minister along with his ministerial colleagues and top officials also visited the injured students who were currently admitted at Raj Medicity hospital in Imphal. All possible help and assistance will be provided, he announced.