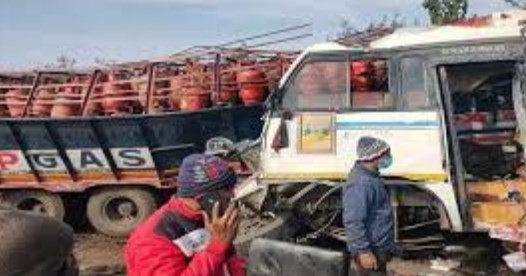 Pakur: Eight people were killed and 15 others sustained serious injuries following a collision between a bus and a truck transporting LPG cylinders in Pakur district on Wednesday morning.

Pakur SP HP Janardhanan said the accident took place near Salpatra village. The injured have been admitted in a community health centre. Some were said to be in critical condition.

He said that the casualties are likely to go up as some people are still trapped inside.

Police said the bus was on its way to Dumka from Barharwa while the truck was coming from the opposite direction. It is suspected that the accident occurred due to dense fog.