All India Trinamool Congress MP Abhishek Banerjee was on Monday questioned by the Enforcement Directorate, here, in connection with a money laundering case linked to an alleged Coal Scam in West Bengal. 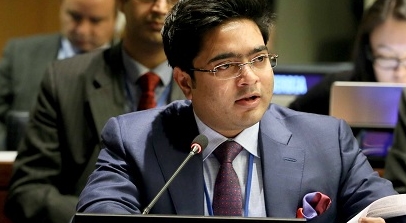 New Delhi: All India Trinamool Congress MP Abhishek Banerjee was on Monday questioned by the Enforcement Directorate, here, in connection with a money laundering case linked to an alleged Coal Scam in West Bengal.

“A notice was sent to me to appear before the ED on September 6, so I am here to answer their questions. The officers, who are investigating the case, are doing their job and I am ready to face their investigation. From day one, I am saying that enquiry should be done and truth should be brought out. I am cooperating with the ED officials in the probe,” Banerjee told the media before heading for the questioning.

Banerjee is being questioned under Section 50 of the Prevention of Money Laundering Act in connection with an alleged coal smuggling case. ED has said the case involves top politicians in West Bengal.

The Trinamool Congress has time and again termed the allegations levelled by the ED as “politically motivated”.

Banerjee’s wife Rujira was also called for questioning, however, she wrote back to ED expressing her inability to travel to Delhi in the middle of the pandemic.

ED had filed the case based on an FIR of the CBI that alleged a multi-crore coal pilferage scam related to Eastern Coalfields Ltd mines in areas in and around Asansol.